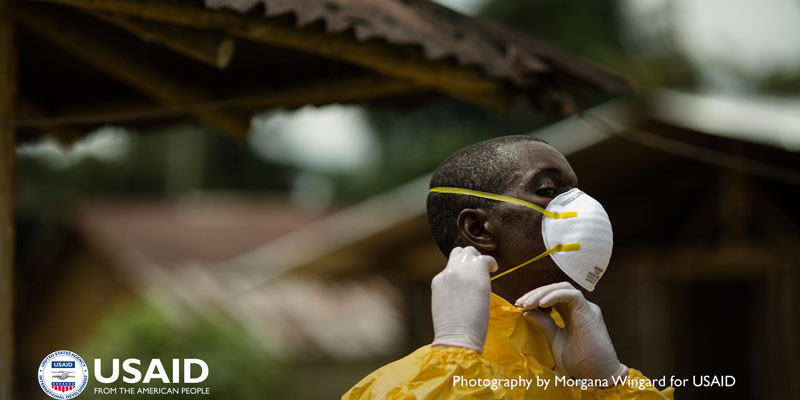 This year’s Ebola outbreak is said to be the worst and most complex in world history. Its first appearance was about seven months ago in Guinea. Shortly after, it appeared in Liberia and Sierra Leone. More than 13,000 people have been infected, according to the CDC, and nearly 5000 of those have died. You can support charities providing relief on the CanadaHelps Crisis Relief Centre.

The virus has been so aggressive that, on September 6, Sierra Leone issued a nationwide lockdown. Aid was delivered by volunteers going door-to-door. For those in affected areas, the freedom to go about their daily lives has been sacrificed while it remains a privilege that many of us take for granted.

Global Medic, a charity providing aid to the region, posted this description of the lockdown on their website in mid-September:

Today is the first day of the three day shutdown across Sierra Leone. So far there has been calm. According to government sources, 30,000 volunteers are going door to door distributing soap and information on Ebola and setting up community style surveillance units. There is an expectation that they will find a large number of new suspected Ebola cases and take them to holding centres, but no statistics have been made available. 21,000 police and military personnel are being used to make sure people stay in their homes and that order is kept through the entire country.

The devastation of this outbreak can be turned around as we come together to help those in need.

Charities are on the ground in affected countries providing medical relief, and delivering food, water, supplies and personal protective equipment. In addition, another leading priority is prevention.  It is incredibly important to facilitate learning about the spread of Ebola to decrease the chances of further infection. With accurate information, individuals in affected country will know how to limit exposure,  how to report infection if it occurs, and what to do if their loved ones are showing signs of symptoms. Vaccine trials are under way, but none are expected to be available until at least December. You can help stop Ebola now. Visit the CanadaHelps’ Crisis Relief Centre to learn more about the work Canadian charities are doing to stop the spread of Ebola, or to donate to the cause.

This video shows a massive Ebola treatment centre built by MSF in Liberia.

You Can Help Stop the Spread of Ebola Now..

4 Responses to “Ebola Continues: We Need Your Help”