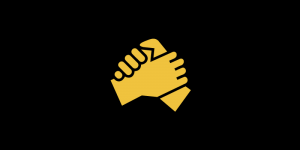 Right now, people in the United States and around the world are marching in solidarity with Black communities. They have gathered to protest police brutality and anti-Black racism, and to stand up for the value of Black lives.

The number of protests around the world have grown, especially as many in the U.S. have been met with government force. In Canada, protests have remained peaceful thus far, but that is not to say that these are not Canadian issues. Canada has a painful history, that continues to this day, of racism, discrimination, and unequal access for Indigenous People and People of Colour.

Part of the change we as Canadians can make is to ensure we are supporting charities across Canada focused on the advancement of Black Canadians. At CanadaHelps, we are so proud to share that we have launched the Black Solidarity Fund, which includes more than forty organizations supporting culture, community, advocacy, food justice, entrepreneurship, youth, social services, education, and more.

We all have work we must do personally to examine our own implicit biases, privilege, and actions against Black Canadians, Indigenous Peoples, and people of colour. We must push for systemic change to ensure our communities are supporting everyone within them. We must work together and support each other to create inclusive communities with fair and equal access and treatment. We must use our voices and demand change. We must listen, learn, and get better.

We hope you will be part of the change, and join us in supporting the Black Solidarity Fund, as well as the many organizations supporting Black, Indigenous, and other marginalized communities in Canada and around the world.