Charity Spotlight: This blog post was provided by Moezine Hasham from Hockey 4 Youth, as part of our ongoing charity spotlight series.

Arriving in a new country presents many challenges for new Canadian youth. They face many of the same barriers that other youth face – such as fitting in and battling teenage angst – but at the same time, they may struggle to learn new customs, feel connected to their community, or deal with language barriers.

Because of this, Hockey 4 Youth has created a program to help new Canadian youth feel at home in Canada much more quickly by teaching a game that is so entrenched in Canadian culture. Hockey provides an opportunity for new Canadian youth to enhance their English literacy while promoting a healthy lifestyle. In addition, the program helps players establish a sense of connection and build a community with each other as they spend four to five months together during the winter to learn how to play a sport. 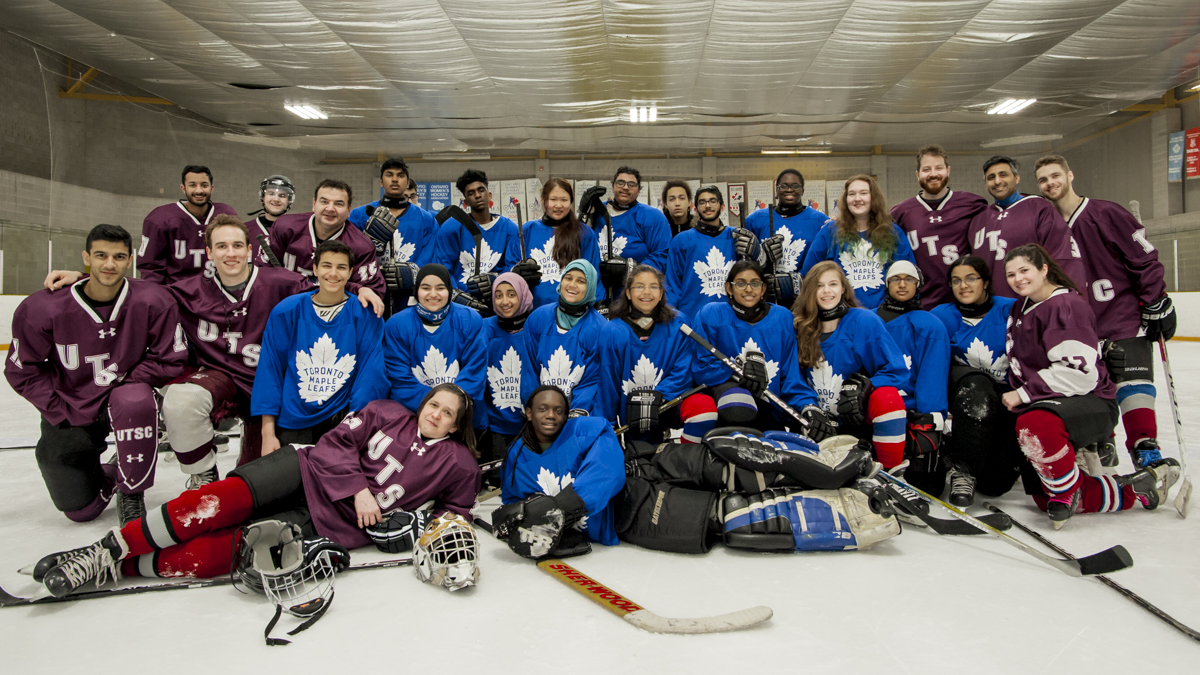 It is through our work that we are breaking down barriers and encouraging youth who would be watching from the sidelines, to step on the slick Canadian ice and give hockey a try.

We’re Chipping Away Barriers to Get Kids on the Ice

There are significant barriers for new Canadians to learn hockey. According to The Institute of Canadian Citizenship, 71 percent of new Canadians express interest in hockey, yet only one percent will have the opportunity to play. According to The Guardian newspaper in their Canada week profile, it costs a family approximately $3,700 to have one child (aged 11-17)  play hockey for one year. Not only does this make hockey cost prohibitive for new Canadian youth or those who are from low-income backgrounds, it also makes hockey very exclusive.

At Hockey 4 Youth, our mission is to help new Canadian and low-income youth overcome these barriers and provide them with an opportunity to play hockey at no cost while learning valuable off-ice life skills through our T.E.A.C.H. program  (Technology, Entrepreneurship, Application, Community-giving, Healthy-active living).

Many new Canadians joke that knowing about hockey allows them to “score points” with other Canadians and feel more connected. While our program is co-ed, we encourage young women to try hockey. According to the Women’s Sports Foundation, “by age 14, girls are dropping out of sports at two times the rate of boys,”. therefore we feel that the advantages and opportunities that young women can gain from sport are incredibly important. The story of two young women in the Hockey 4 Youth program, Asma and Hussnia, helps illustrate this positive impact.

Asma and Hussnia are sisters from Afghanistan and arrived in Canada in spring 2016. They started playing hockey in October 2016 with Hockey 4 Youth.

“I remember their hesitation to join a sport they had never heard of, yet I could see that they had a profound determination to try it out,” says Moezine Hasham, Executive Director and Founder of Hockey 4 Youth (the Let Kids Play Foundation). “You can see the smiles on their faces in the pictures of their first time on the ice.” 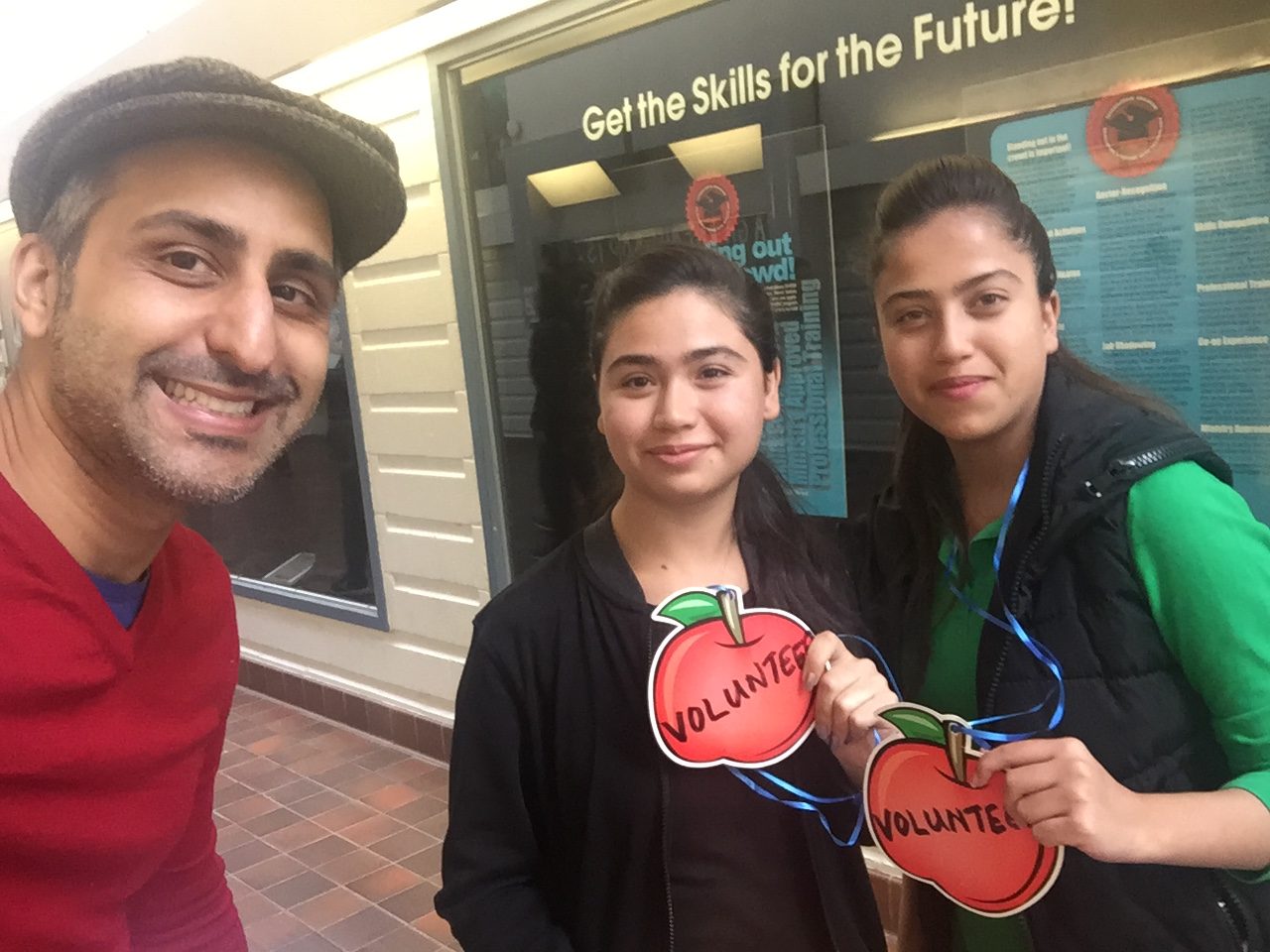 In October 2017, Asma and Hussnia attended their first NHL hockey game, along with four other new Canadian youth from Soudan and Syria. They sat right behind the Toronto Maple Leafs bench on a night when they played the Carolina Hurricanes at the Air Canada Centre. Asma and Hussnia along with Ahmed, Abrar, Khaled and Mansour also had the opportunity to watch the Leafs players walk out of the dressing room and receive high fives from them. When asked about her first game, Asma said, “Attending the hockey game was such an amazing experience!” Hussnia said, “I didn’t know they skated so fast. I want to play like that too!”  Asma and Hussnia are positive role models for all of the younger boys and girls in the Hockey 4 Youth program and in the larger community.  “The ripple effect of the program on them and their impact on the community has been amazing to witness. They stepped onto the ice unsure of what was ahead of them and they have scored ‘goals’ in life in a short period of time,” says Moezine Hasham.  Hussnia is now completing her final semester of high school and Asma will remain in high school for one more year. 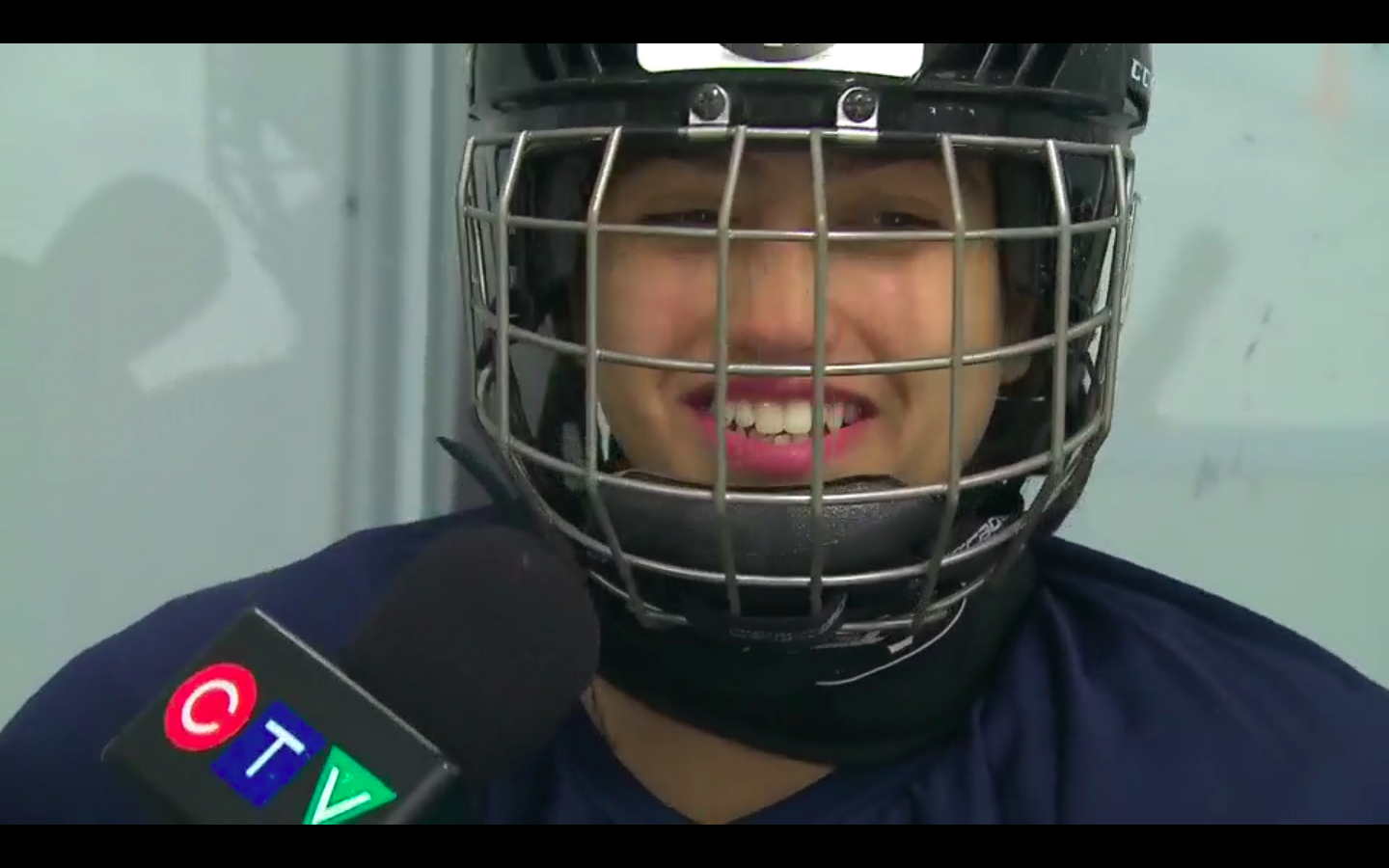 Thanks to Hockey 4 Youth, Hussnia, Asma and 150  other new Canadian youth from 15 countries (including Brazil, China, Afghanistan, Syria, and Rwanda) are not only staying active and having a lot of fun, they have an amazing opportunity to feel connected to Canada in a profound and meaningful way!

To learn more about Hockey 4 Youth, or to make a donation, please visit their Charity Profile Page.