This post was provided by Elsbeth Mehrer, Director of External Relations at YWCA Calgary, as part of our Crisis Relief Series. 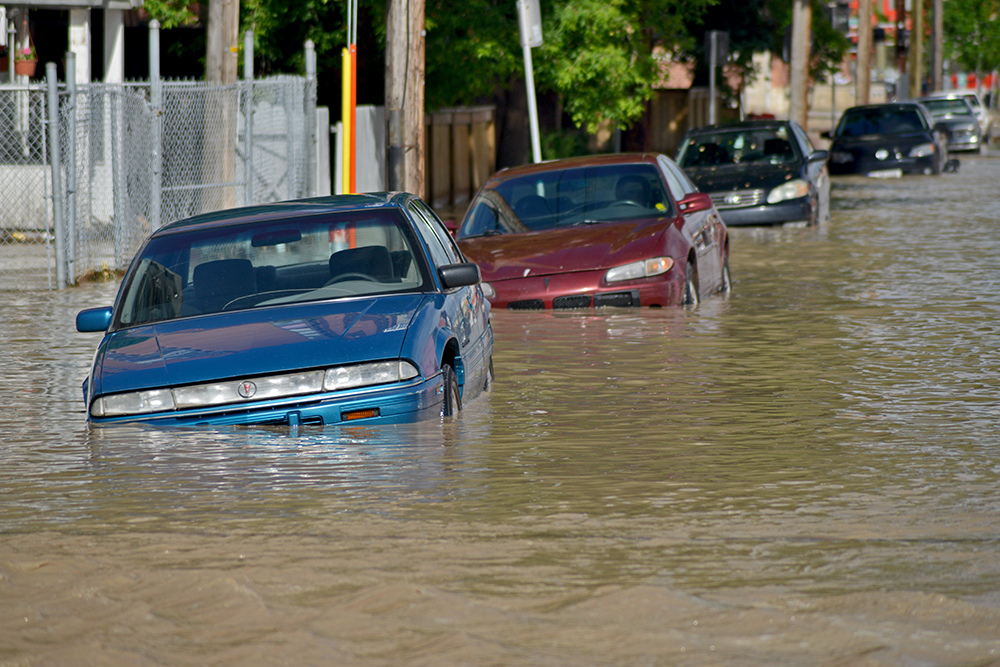 In June 2013, the flood of the century hit Calgary and left many of its residents scrambling to find a safe and dry place to sleep.

More than 80,000 Calgarians were forced to leave their homes near the city’s two rivers. Those who never thought “homelessness” could happen to them suddenly had the experience of fleeing for safety and relying on others to meet their basic needs. Many woke up without the simple things – a change of clothes, the medications they may need, the dignity afforded by a door of their own to close and lock – they may otherwise have taken for granted.

Some people, like YWCA client Sarah and her young daughter, lost the safety of their home moments before the flood and sought shelter in a city soon to be evacuated.

Sarah was fleeing an abusive partner, and she and her daughter arrived at the YWCA Sheriff King Home emergency shelter in the low-lying Inglewood neighbourhood on June 20, 2013 – the same day the YWCA was forced to evacuate the building due to rising waters.

Sarah and her daughter were fearful, anxious and unsure of what would happen next. They had fled their homes for shelter and safety at the YWCA. And now, in the midst of a massive flood, they would have to leave the only security they had.

After spending the first night of the flood evacuation on the floor of a church alongside other women and children, one question was top of mind for Sarah and soon for me and other YWCA staff.

“I’m epileptic,” Sarah said, “and I don’t have my medication.”

Rushing from one emergency to another, we found a kind pharmacist who took the time to phone cross-country to figure out the prescription information. With the whole staff working together, YWCA CEO, Sue Tomney, rushed to a drug store to get Sarah what she needed. Handing Sarah those six little pills was humbling.

All year round, the YWCA works hard to supply the vulnerable women we serve with the housing and shelter, counselling and educational opportunities they need to move from a place of merely surviving to a circumstance in which they can thrive. Sarah’s story came on an extraordinary day, but our expertise in supporting individuals in crisis situations allowed us to manage and adapt when we needed to on a much larger scale.

The YWCA of Calgary was deeply impacted by the flooding. On Day 2 of the crisis, women and children from YWCA Mary Dover House transitional housing joined shelter clients and staff as the downtown facility was also evacuated.

With both locations evacuated, we were forced to suspend programs for a short time. Due to significant damage to the downtown location, the YWCA made the difficult decision to permanently shut down Fitness on 5th, the YWCA’s social enterprise that helped finance programs and services.

The generosity of a community

During the crisis, the YWCA held a donation drive and Calgarians stepped up to the plate to help our clients. Thanks to their generosity, the YWCA received more than $30,000 in cash, and in excess of $8,000 worth of gift-in-kind donations of new clothing, hygiene supplies, and diapers for women and children. Items we request year-round arrived in great volumes as suddenly the needs of the women we serve became top of mind for generous Calgarians.

We were incredibly grateful for the support we received from the community, but it shouldn’t take a flood for the needs of the YWCA and the vulnerable women we support to register. Every day of the year women lose their homes. Poverty, family violence and so called “social ills” often come on dramatically, just like a flood: a dangerous partner, a sudden illness, job loss, a health or mental health crisis. Our hope is that Calgarians, and people everywhere will hear the message that there is ongoing need, and will consider making support for vulnerable women part of their annual giving strategy.

YWCA of Calgary is one of the largest and longest serving social service organizations in Calgary.  During its 103 year history, the YWCA has touched tens of thousands of lives and adapted its programs and services to meet the changing needs of vulnerable women in the community.  In 2013, through the provision of a continuum of services to more than 8,900 clients, including 2,400 children, the YWCA continued its focus on empowering women, who may be struggling with poverty, homelessness, family violence or isolation, to move from a position of vulnerability to one of sustainable strength and opportunity.