Growing up in Kandahar, Maryam upbringing was quite different than children growing up in Canada. Now closing in on her $20,000 fundraising goal to save the school that gave her the chance at a bright future, this is Maryam’s giving story.

When I was 8 years old, I saw a woman stoned to death. I was traumatized. As a girl living under the Taliban regime in Kandahar, Afghanistan, I grew up understanding that women were at risk of being beaten, raped and murdered, and the only chance a woman had for an independent life was to become educated.

Most girls in Kandahar are not permitted to go to school, and although my parents were illiterate and had never attended school themselves, they supported my education.

The first school I attended had no building, no desks, and no books. We sat outside and huddled around a board that leaned against rocks. Every day that I attended school, I was at risk of being attacked by the Taliban, but I loved learning, so I went to school anyway. I worked very hard and I learned to read and write in Afghanistan’s two official languages, Pashto and Dari. I excelled at all subjects and fortunately, when I was 13 years old, I had the opportunity to attend school at the Afghan-Canadian Community Centre (ACCC), so I could learn English and how to use computers. I knew that this modern school was my best chance to give me the skills I needed to make change in my country. I wanted more than anything else for women’s equality in Afghanistan to become a reality.

“The first school I attended had no building, no desks, and no books. We sat outside and huddled around a board that leaned against rocks. Every day that I attended school, I was at risk of being attacked by the Taliban, but I loved learning, so I went to school anyway.”

I studied hard at school and was soon speaking basic English. The opportunity to help Afghan women came to me sooner than expected as I was hired by the Canadian Forces to interpret for Afghan women within less than a year. I was putting my life at risk by choosing to work for the Canadian Forces because the Taliban had been very clear that any Afghan working for the North Atlantic Treaty Organization would be killed.  I put my fears aside and chose to work for the sake of a better future for Afghan women.

Through my work as an interpreter for NATO, Canadian development officers were able to hear directly from Afghan women for the first time, and were therefore able to direct financial aid to areas where it was most needed. I oversaw gender projects, and provided interpretation for training sessions, interviews, conferences and female councils, throughout Kandahar.

Because of the ACCC’s education program for women, their work enabled me to improve the lives of women in Kandahar, and now, I am living in Canada, studying political science and international relations at Carleton University in Ottawa. After I complete my education in Canada, I will return to Afghanistan where I plan to serve my country as a politician who improves the lives of all Afghans, including women. 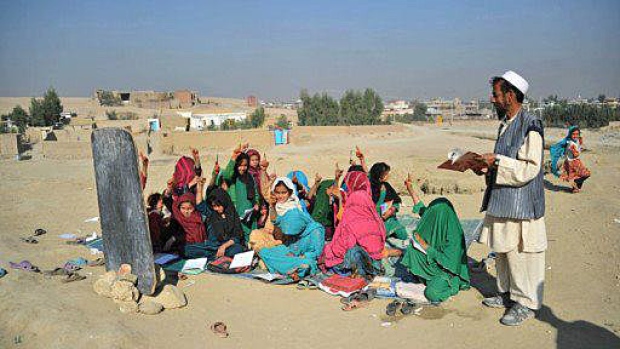 The ACCC has made achieving my dreams possible, and it has done the same for thousands of other Afghan women. It has changed their lives for the better by giving them options and opportunities. We can have careers, become entrepreneurs, earn our own money, and support our families, all while instilling in the next generation the value of education and hard work.

When I attended the ACCC only a few years ago, it had only one class for women. However, in a few short years, it exploded in size and now teaches more than 1,500 students every year.  Most of these students are young women and teenagers who end up finding good jobs because of their education. Jobs that help them support four family members or more. Through its students’ achievements, the ACCC has made a profound impact on the value of women’s education and on the value of women in Kandahar, but now, the school is under threat of closing.

Despite all of its amazing achievements, this irreplaceable school is now at risk of closing because it has lost nearly all of its funding from government grants and donations. Because of this, I chose to start a fundraiser with CanadaHelps because I believe this school needs our help. The girls and women of Kandahar need our help. The girls will build a better future, but they need the ACCC’s classes as a foundation. With my $20,000 goal, I am fundraising to build a better future for the girls of Kandahar.