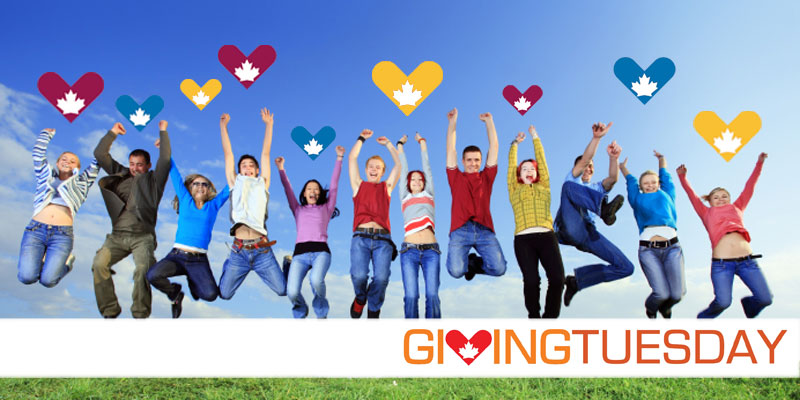 Dec. 1, 2015 was GivingTuesday, a global day of giving that began in 2012. With 71 countries involved, endorsements from President Barack Obama, Governor General David Johnston, Margaret Atwood, P.K. Subban, Michael J. Fox and countless other celebrities, this year was by far the biggest single day of  giving ever. The movement showed particular growth here in Canada with an unprecedented 4,720 charities and businesses participating. Millions of Canadians joined the 3rd annual GivingTuesday in Canada, signalling a growing movement towards a culture of generosity.

Did GivingTuesday have an impact?

According to data from CanadaHelps, charitable donations increased by 32% on top of the increases seen on the first two GivingTuesdays – that amounts to a whopping 302% increase since 2012 before the annual event came to Canada. And many more people committed to their cause of choice for the long term, with a 28% increase in new monthly donation plans. Several North American online giving platforms also announced significant increases including Donor Perfect (+170%), Network For Good (+50%), Blackbaud (+52%), Classy (+400%) and others. All of these increases are on top of significant increases in 2013 and 2014.

It goes beyond the dollars

Charitable donations are just one way that people get involved for GivingTuesday; volunteering and other forms of giving are an important part of the annual event with individuals, families, and work colleagues getting behind numerous initiatives such as socks and clothing drives, helping out local food banks, signing up to donate blood and much more.

This year Canada saw 22 cities embark on organized civic movements from coast to coast. Numerous mayors, from Halifax’s Mayor Mike Savage to Vancouver’s Mayor Gregor Robertson, proclaimed December 1st as “GivingTuesday”. These civic movements created a deeper level of engagement between charities, businesses and local residents. People in these cities found many ways to give back to their communities including:

And the best part?

The giving season has only just begun. Many campaigns launched on Dec. 1 and run through or beyond the end of the year. Canadians have shown in the past that GivingTuesday is just the beginning and organizers are expecting a strong end of the year for the charitable sector.