Thank You, Together We Made a Difference!

As I reflect on 2013 and move forward in 2014, I feel inspired; inspired by all of you who choose to give and share what you can, and by doing so have supported so many Canadian charities. 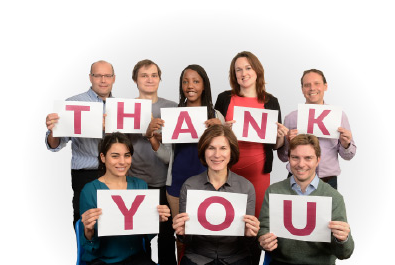 In 2013 we launched two new initiatives, which you helped turn into charitable milestones. You embraced our efforts as a founding partner in bringing Giving Tuesday to Canada. The response was overwhelming with 169% more donations than the same Tuesday the previous year. Likewise, when we activated our new Crisis Relief Centre following the Alberta Floods, the train derailment in Lac-Mégantic, and most recently, Typhoon Haiyan in the Philippines, gifts came in from coast-to-coast.

It’s a great privilege to work at CanadaHelps, serving Canadian donors and charities. As a team, we will continue to work hard to serve our charity partners, as well as live out our mission to engage with Canadians in the charitable sector and ultimately increase charitable giving across Canada.

I am so excited about all that 2014 has in store. Thank you again for your support,