Marina’s Picks is a regular feature from CanadaHelps CEO, Marina Glogovac, highlighting some of the many charities she is personally passionate about. As a champion for smaller charities, Marina wants to help fellow Canadians discover some of the lesser known organisations that are working to make our communities better. 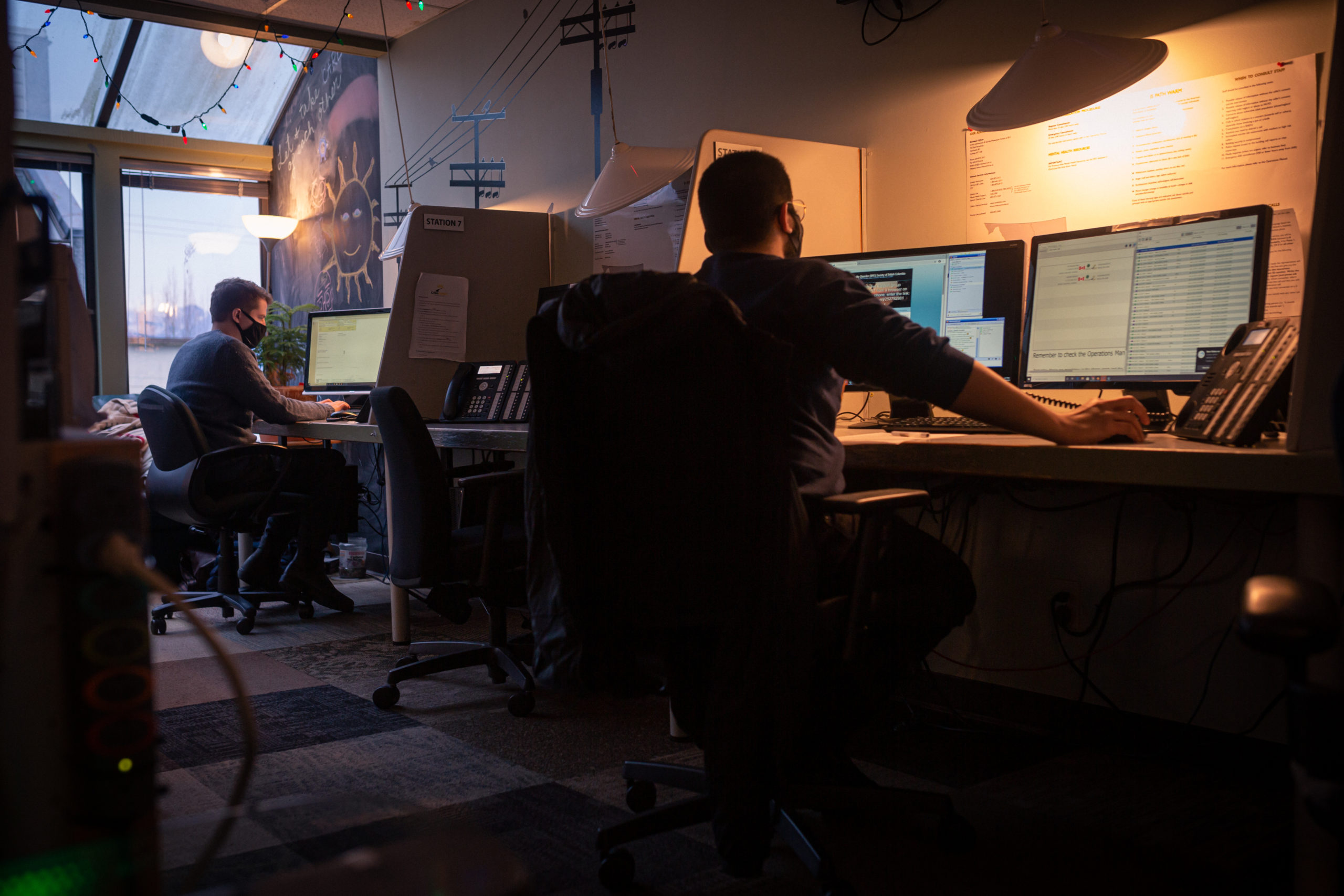 The winter months can already be difficult for many of us as we feel the weight of fewer daylight hours and plummeting temperatures—which are now compounded by the emergence of the Omicron variant resulting in further lockdowns and restrictions. One thing this pandemic has highlighted is the importance of mental health. As we continue to navigate this seemingly unending state, I wanted to speak to an organization this month that is working day and night (quite literally) to help Canadians cope in times of crisis and despair.

The Crisis Intervention & Suicide Prevention Centre of British Columbia—or Crisis Centre BC—was the first crisis centre to open in Vancouver. They began with a simple mandate: when people need to talk, they’ll listen. They’ve now been listening to Canadians for over half a century. When they first began, a squad drove around and visited folks in crisis, but now they operate as a 24/7 crisis service where all of their work is done over the phone and chat. “If you’re in crisis or you’re worried about someone else who seems to be in crisis, we’ll respond” says Executive Director, Stacy Ashton. “We’ll talk to people directly, we’ll do outreach calls, we’ll do follow-up calls. We hold people through those really challenging periods of their lives.”

One of the most surprising things about the Crisis Centre is that they’re operating on a volunteer-driven model. “Eighty percent of the folks on our lines are volunteers. We train about 130 volunteers a year,” says Ashton. “We really believe that supporting people through crisis is not something you necessarily need to have a professional credential to do. Essentially you’re talking to a peer when you’re talking to a volunteer, because we’ve all been through a crisis.” This is about a community.

The basic training takes about 120 hours to complete and their volunteers are of all ages and backgrounds. Many are students going into helping professions, policing, or public service, and the Centre provides strong, foundational experience.

The severity of the calls and complexity of the calls can be quite varied.  The Centre works with people when they’re in the middle of a psychotic break, when they are profoundly suicidal, which includes  answering the phones that are placed on Vancouver bridges but they also speak to concerned individuals, friends and family who are experiencing isolation and deep and painful feelings. On their Vancouver lines, they’re able to deescalate 98% of the calls that they receive without calling for any kind of intervention. When they do call for intervention, they do so in cooperation with the caller as much as possible.

The Centre has been speaking to police and 911 about these promising statistics: if 911 were able to transfer mental health calls to crisis service responders, de-escalation and safety planning could prevent unnecessary police involvement in mental health response. “How we look at it is, if you’re feeling suicidal, it’s because the resources you have to cope are not sufficient for the pain that you’re in. It’s not so much that you need the pain to go away, it’s that you need to increase your coping capacity,” explains Ashton. “That could be a doctor or medication, or it could be talking to a friend or letting your family know what’s happening. It’s getting out of the isolation and fear that you’re feeling when you’re suicidal and being actually able to tap into the resources that you have.”

Like many of the charities we’ve spoken to, COVID has greatly impacted the Crisis Centre as the general anxiety of the population has gone up overall, and some callers are reporting an increase in mood disorders after experiencing COVID. Their call volumes have doubled on average, and some days it is as high as four times the average number of calls. “The heartbreaking thing is that we can’t answer all of those calls—we’re not able to quadruple our capacity,” says Ashton. “We are working with the province and the other crisis lines in the network to figure out ways that we can get some economies of scale going that will help us answer more calls. It’s been a real struggle to keep up with call volume.” And much like many other industries their workforce is down as people cycle in and out of COVID.

The Centre is also focused on community learning and engagement, which they offer to schools and workplaces, including education on  recognizing warning signs of suicide and talking to people  in crisis, and also helping folks understand how to regulate their own emotions. “How you handle the most intense emotions life can throw at you—the rages, the griefs, the sadnesses and hopelessness—all of those are normal feelings, they’re part of the human experience and they are manageable,” says Ashton. “But if you think you have to feel good all the time, you won’t likely have all the skills to manage when you’re not feeling good.”

Ashton stresses the importance of talking about deep and painful feelings, especially for those who continue to work on the frontlines two years into the pandemic. “You get through this kind of thing by staying open and vulnerable, and getting support and sharing support with each other.” For those who are struggling, Ashton’s advice is clear: “Reach out if you are feeling alone with what you’re struggling with—you don’t have to be alone.”

If you are in crisis, distress, or having thoughts of suicide, help is available. Crisis Centre BC’s team is here to listen, here to help – 24 hours a day, 7 days a week.

I encourage you to check out and support this inspirational charity that is working so hard to support the community it works in. Learn more about the Crisis Intervention & Suicide Prevention Centre of British Columbia on their website, or make a gift through their CanadaHelps Charity Profile.