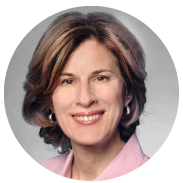 As the holidays (and most critical fundraising days of the year) approach, I’m reflecting on the vital role of charities in our lives, and the work we all need to do to ensure their success going forward.

Recently, we released our first annual The Giving Report that provides an in-depth and interactive look at Canada’s charitable sector. It is a critical report that sheds light on key issues facing the charitable sector. We found, when taking inflation into account, Canadians donated 7% less in 2015 than they did in 2006, a drop of approximately 600 million dollars—and this drop hurts smaller charities the most.

We brought this sobering report to the Canadian public and generated an extraordinary amount of press and conversation—over 70 stories—many interviews I personally had to highlight the trends and what’s at stake if the trend continues.

It’s another way in which CanadaHelps genuinely cares about the fate and future prosperity of the charitable sector, and in particular, the smaller charities that may not have the resources or the skills to highlight issues and shape public perception. We invest time and money into giving a public voice to the issues that affect charities in Canada—and as a charity too, we are deeply vested.

Another trend revealed in The Giving Report, was the tremendous growth in online giving (22.5% per year through CanadaHelps from 2006-2015) that’s indicative of the ease of online giving and the rapid pace at which all commerce is moving digital. According to the Future World Giving 2017 report, online giving (including giving from mobile devices) is on a fast track to become a dominant method of giving within several years. It is clear that the ability to fundraise digitally will be a strong factor in the future of any charity.

The key trends we uncovered in The Giving Report make it more critical than ever that we, as a sector, show Canadians the vital role that small and medium sized charities play in Canada. It is the impact of charities like yours that drives us at CanadaHelps.

On behalf of the entire team, we wish you a happy holiday season filled with joy, inspiration and meaning.