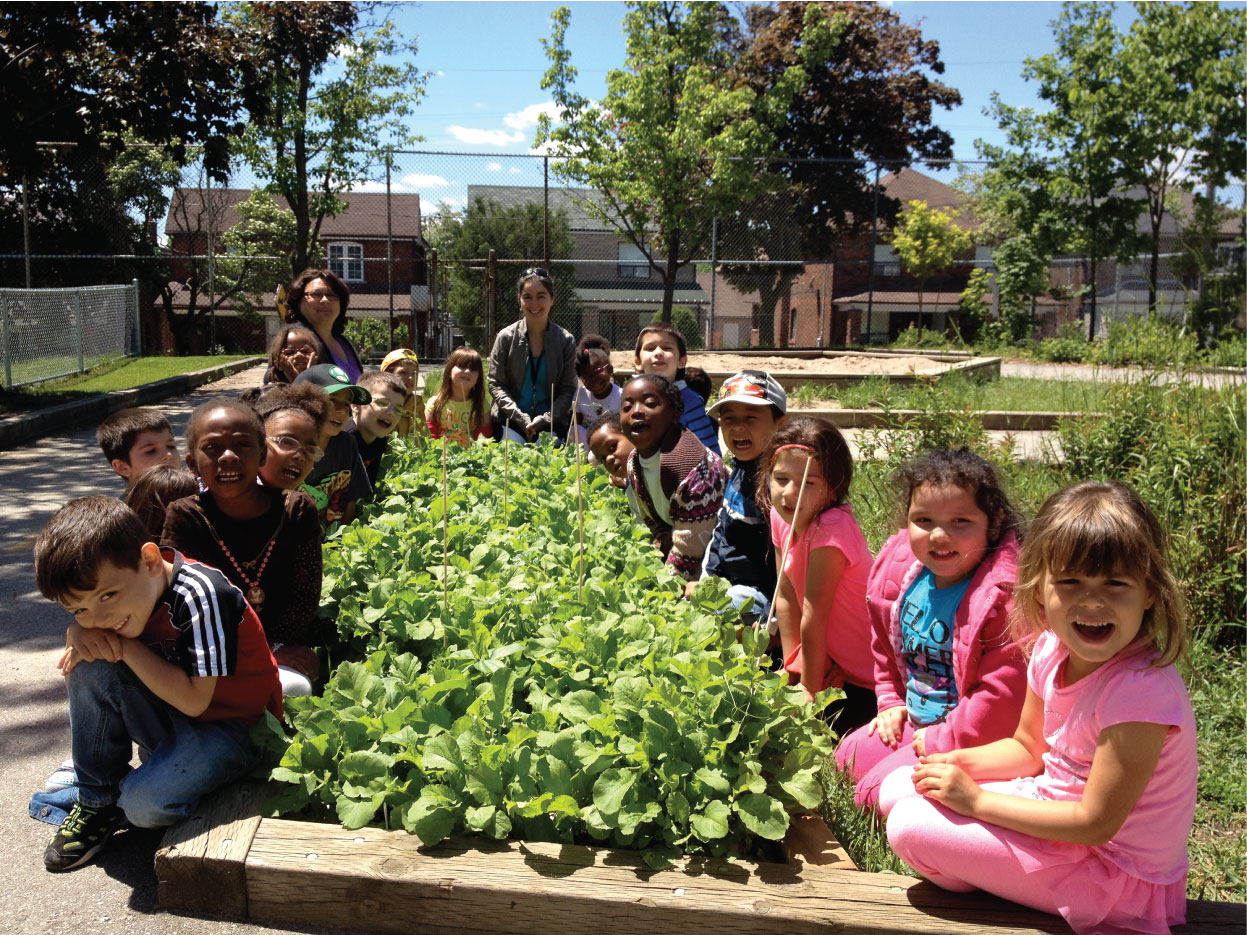 Charity Spotlight: The blog post was provided by Vanessa Farquharson, the Director of Communications and Campaigns at Earth Day Canada, as part of our ongoing charity spotlight series.

When confronted with terrifying reports about global warming, it’s easy to feel overwhelmed, as if the only way we might have any real shot at fighting climate change is if we take drastic measures — enforce zero-waste lifestyles, pour all of our resources into new solar or wind technology, overhaul the political system, and so on. Somehow, in all of the debate over which extreme direction we should pursue, we’ve lost sight of the more simplistic (but often just as effective) ways to make a difference.

One of those is planting trees.

Back in 1990, when Earth Day Canada was founded, rainforest destruction was a hot-button issue and preserving trees everywhere was top of mind for environmentalists. American activist Julia Butterfly Hill brought the concept of tree-sitting to new heights when, in 1997, she climbed up a California redwood and remained there for 738 days to protest loggers’ plans to cut it down.

More than a quarter-century later, however, the notion of conserving forests and regenerating the global tree canopy can seem almost too straightforward, as if tree-planting just isn’t complex enough. This is unfortunate, for two reasons: First, there is actually a lot of nuance and complexity involved in a successful reforestation project; and second, we are overlooking an incredibly cost-effective — and generally effective, period — approach to making our planet healthy again.

Forests support up to 80 percent of terrestrial biodiversity and naturally sequester carbon, with very little to no maintenance required. Furthermore, at least 1.6 billion people depend on trees for food, water, fuel, medicine, jobs, cultural livelihood and wellbeing. In the new documentary Call of the forest: The forgotten wisdom of trees, Canadian tree expert Diana Beresford-Kroeger explains how fish populations and “underwater forests” of seaweed and kelp rely on the strength of above-ground forests, and at a very basic level, we just “feel good in trees”, as she succinctly puts it when describing the Japanese concept of “Shinrin-yoku”, or “forest-bathing,” which is gradually becoming popular here in North America.

What Earth Day Canada is Doing About This, Right Now

In light of all that trees do for us, it’s shocking to find out that 32 million acres of forest vanish each year; and, that at the current rate of deforestation, we’re set to lose nearly all of our tree cover within just a couple hundred years.

This is why, in 2016, Earth Day Canada has chosen to bring its focus back to trees. We are in the final stretch of our #Rooting4Trees campaign, which aims to secure enough funds to plant 25,000 trees by the end of this month. You can check out this “crowd-planting” initiative at www.earthday.ca.

As part of our #Rooting4Trees campaign, we’ve also launched a pop-up Forest Bathing Pavilion outside our office in Toronto, at 276 Roncesvalles Ave, where anyone can come by to relax in our clawfoot tub, surrounded by native tree species that release natural healing compounds. We’re asking that visitors take a selfie, share it on social media with the #Rooting4Trees hashtag and contribute to the campaign. Our president, Deborah Doncaster, has already taken her selfie, as has our office dog, London. 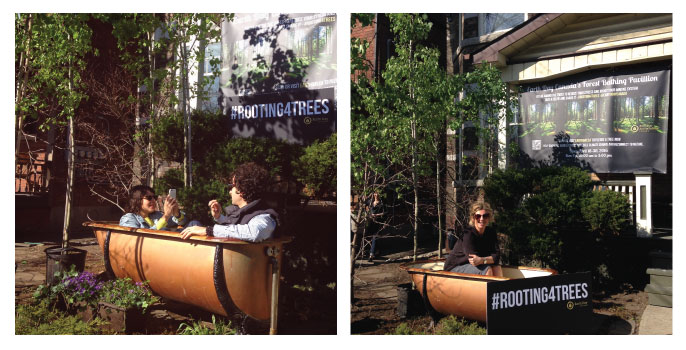 Earth Day Canada truly believes in the power of trees and we’re hoping Canadians — who proudly wave a flag with a leaf at its centre — agree with us.