Charity Spotlight: The blog post was provided by Jessica Vestergaard, Fundraising and Events Coordinator at the British Columbia Schizophrenia Society, as part of our ongoing charity spotlight series. 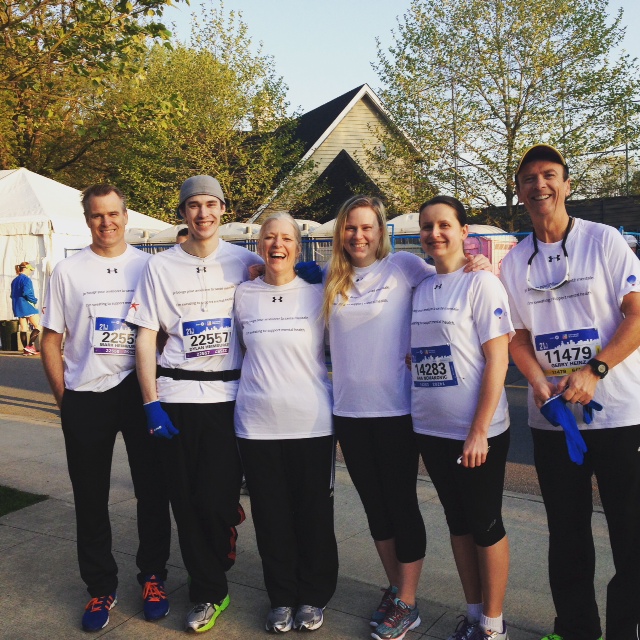 Schizophrenia affects one in 100 people, with the predominant onset age being between 15 and 25 years old. If treated early, schizophrenia can be managed effectively and allow for a reasonable quality of life, but if not diagnosed and treated, this disease can cause continued psychotic episodes that reduce an individual’s quality of life. Schizophrenia often results in extended hospital stays, homelessness, and revolving periods in jail. 80 percent of Canada’s homeless are mentally ill, while 9.5 percent of Canadian inmates have schizophrenia. In addition, 50 percent of all people with schizophrenia attempt suicide, and between 10 and 15 percent will succeed.

Families and friends of people with schizophrenia founded the British Columbia Schizophrenia Society (BCSS) in 1982 and since then, BCSS has continued to bring compassion and hope to those affected by serious mental illness. We provide education, support and empowerment for families affected by this brain disease, while also working to increase public awareness and understanding, advocating for better legislation and services, and funding research for the cause and treatment of schizophrenia.

BCSS has 17 educators throughout British Columbia who are experts in navigating the mental health system in their communities. They are there for emotional support, to provide expertise and be a support system for people affected by schizophrenia and mental health.  BCSS also offers monthly support groups and public education sessions for family members and caregivers which allow families to come together, encourage each other, share information, and reinforce the fact that they are not alone. In addition, BCSS also participates in community events where we are able to raise funds and enhance awareness for our cause such as our participation in the BMO Vancouver Marathon where Guelda will be running for her son.

In his mid-teens [my son’s] personality started changing; he was very depressed, he started cutting classes and self-medicating. At 20 years old he was finally diagnosed with schizophrenia and we started our journey into the world of mental illness. Like so many before us we didn’t even know where to start, but have been lucky that we were able to attend some education sessions and have formed a network of support. We rely on groups like the BCSS for information and professional support.”

Come Sweat with Us

On May 1, BCSS will be an Official Charity for the BMO Vancouver Marathon for the second year running. Team BCSS will be raising funds to help people suffering from schizophrenia, their caregivers, friends, family members and supporters – it is a platform to promote change and take action. Families cope with a multitude of life-changing challenges when a loved one is diagnosed with schizophrenia. They often experience isolation and feel shame due to the stigma against people who have mental illness. Running for BCSS gives everyone a chance to stand up and make a strong statement against stigma.

“So why run? Because I don’t want anyone to be afraid to tell someone else they are sick or their loved one is sick because they are afraid of a reaction based on ignorance. Because I would like research to be funded so that my beautiful son will one day come back to me. Recovery is possible, and expected but a lot of help is required.”

Last year, with the help of CanadaHelps and BCSS’s amazing runners, volunteers, and donors, we raised a total of $13,000. These funds went towards our excellent programs and services, which help the 40,000 people in British Columbia affected by severe mental illness. 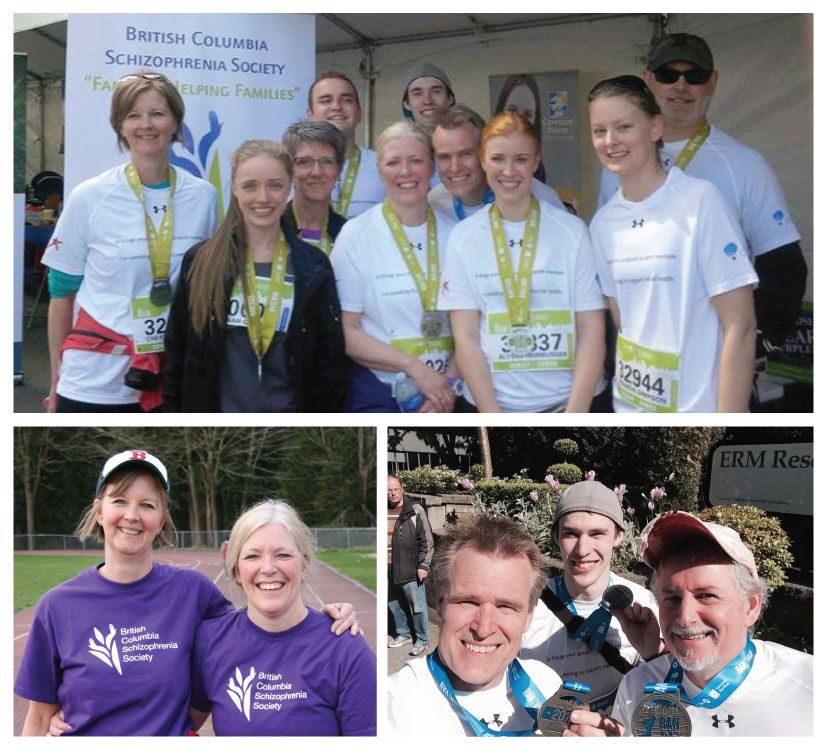 In the Vancouver area?

Join Team BCSS at the Vancouver Marathon on Sunday, May 1st, 2016. For more information, visit their website or contact Jessica at prov@bcss.org.