This post was provided by Tamam McCallum, the Executive Director at Turtle House Art/Play Centre as part of our refugee series, Leaving Home: A Series Exploring the International Refugee Crisis. The multi-part blog series features stories from those on the ground, as well as the response from charities and Canadians across the country. In this blog, we learn how one Toronto charity is using art to welcome refugees. 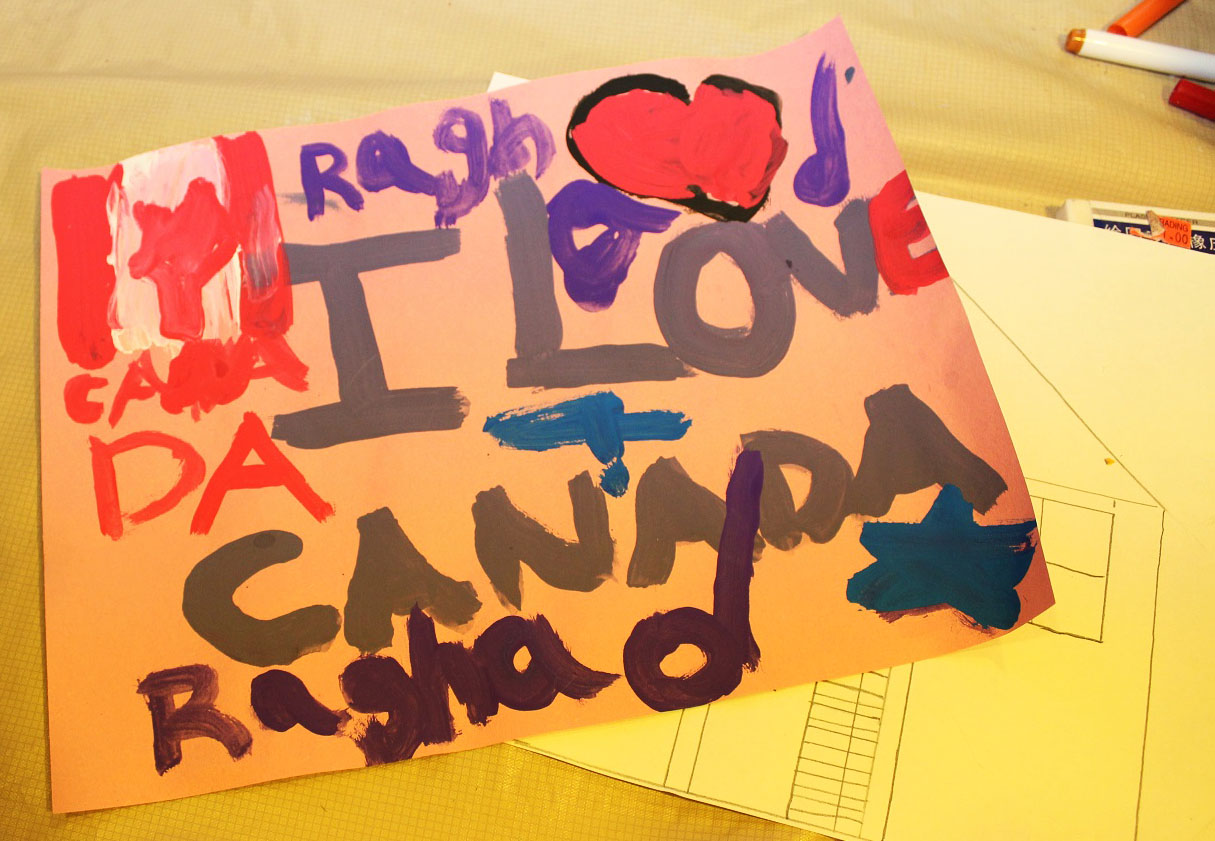 More than 8,000 Syrian refugees have settled this year in the Greater Toronto Area, with more still to come. Many have very large families, with children under 15 making up the largest percentage of arrivals who have had their schooling interrupted by the conflict and their families separated or displaced. These experiences coupled with the migration experience and relocation to a different place and cultural space with an entirely new language often leave children and their parents feeling disconnected and vulnerable, increasing the need for our work at Turtle House to provide a welcoming and inclusive place for children and parents to engage in art making, connect with each other, and build community.

Turtle House Art/Play Centre is an intergenerational arts organization in Toronto, with a mandate to support refugee children and their families.  Since 2008, Turtle House has been offering arts programs to refugee families at different locations around Toronto after receiving a grant from United Way Toronto and York Region.  The intergenerational family format strengthens bonds between the children and their parents in this critical and stressful transition period. 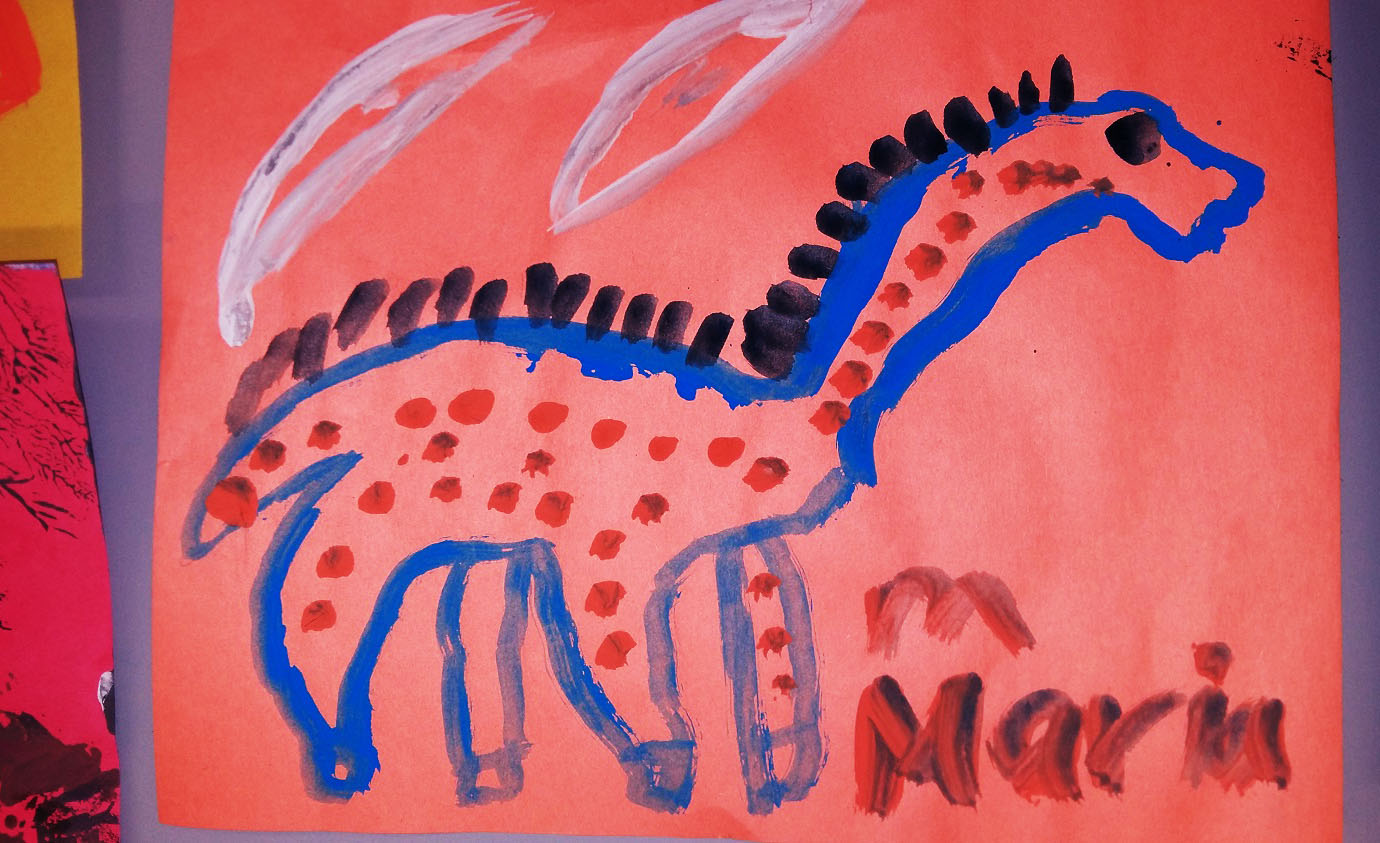 At Turtle House, we are unique because of our multi-disciplinary arts program, which also includes a facilitated Parent Conversation Circle for social networking and information sharing. In March 2016 we provided three sessions of art activities which included: clay making, painting and singing Arabic songs with Syrian families who arrived in Canada as Government Assisted Refugees from a hotel in downtown Toronto.

All of this was made possible because of the IRCC (Immigration, Refugees and Citizenship Canada) who funded Turtle House to deliver our innovative pilot in support of Syrian refugees.  We also partnered with an Early Years Centre – College Montrose Children’s Place, and chartered a school bus to take Syrian families from a hotel to their site.

A total of 111 people participated in the program including parents, grandparents, and 71 infants, pre-school, school age, youth and young adults.  Their length of time in Canada varied from two days to two months.

At Turtle House, we wanted to build community connections by creating a safe, welcoming and creative environment for refugee families to engage with and express themselves, and from our observations and feedback from parents, artists, volunteers, interpreters, and partners—we succeeded! The atmosphere was lively and joyful and many of the children’s paintings reflected this as many painted signs that said, “I love you Canada”. 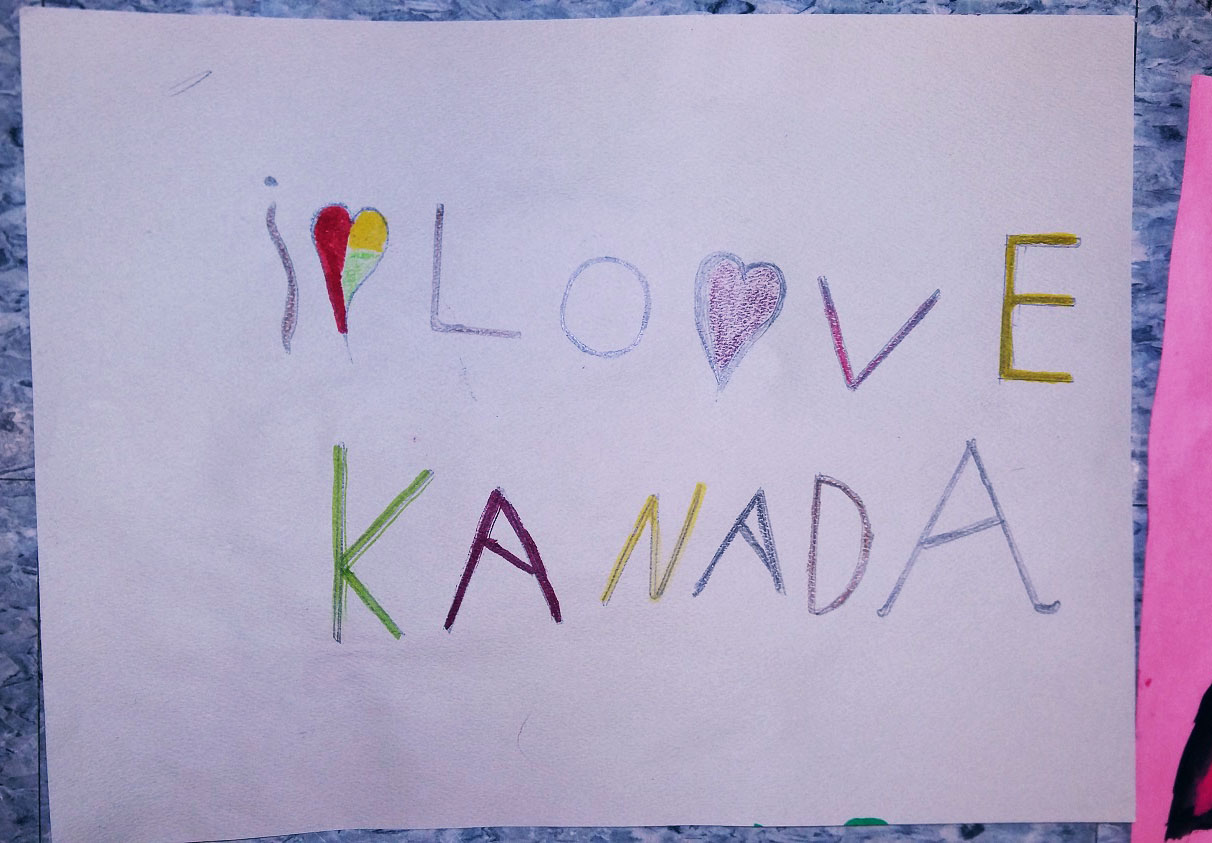 Parents appeared buoyed by the excitement and happiness of their children and reported to our interpreter that the “children were ready from early morning, and they were very excited; they told everyone at school and their hotel about the activities.” One parent even said, “I phoned my relatives in Jordan, and told them about this program, we are very happy.”

Our work even caught the attention of CBC reporter, Deana Sumanac-Johnson, who visited our program on our last day.  See the final segment of the CBC video clip for our program linked here.

We Are All Involved in Settlement, Whether we Know it or Not

Refugee children and parents are resilient, no matter what their experiences have been,but I believe what will have the most impact on their settlement and sense of belonging in Canada are the experiences they have in Canada. Over the years, refugee children who confide in us don’t speak about their past experiences, but they do tell us about occasions when they are bullied on the playground at school in Toronto.

Be aware that your welcome and openness will have an impact on the refugee family’s sense of belonging in Canada. We are all involved in settlement, even if we don’t know it, and the onus is on us to be a welcoming and accepting host —not a tolerant one—which will open ourselves to an exchange, a dialogue, and to the possibility of our own changes.

To learn more about Turtle House Art/Play Centre, or to make a donation, please visit their Charity Profile Page >>>