This post was provided by Dasollee Kim as part of our refugee series, Leaving Home: A Series Exploring the International Refugee Crisis. The multi-part blog series features stories from those on the ground, as well as the response from charities and Canadians across the country. In this edition of the series, we learn how one Canadian charity is bringing education to Syrian children through technology.

Imagine that your home country – where you grew up, started your family, and built your career – suddenly becomes a war zone. You and your family constantly need to move around to escape the constant threats coming from every direction, and after finally finding a safe place to live, you finally breathe a sigh of relief—but it is only then at that moment that you realize the scale of your next major challenge comes crashing down on you and you ask: “How do I start all over again?”

The international refugee crisis has taken away almost everything from millions of Syrian children — their schools, their friends, their families, and their homes. These children represent Syria’s future, and in order for the country to eventually be rebuilt, these children need education, and despite millions of them being stranded in refugee camps today – a potential lost generation – most still retain hope that they will one day return to their homes to rebuild their country. 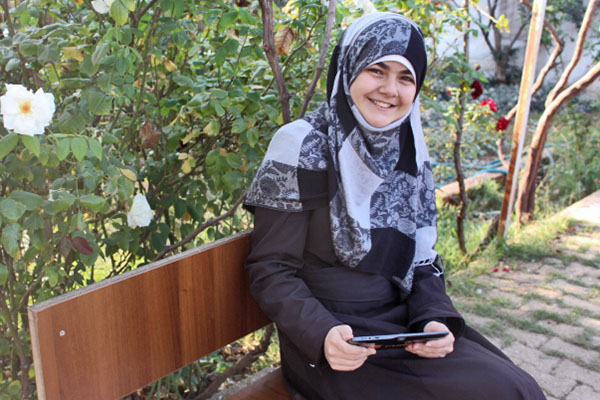 “I want to build myself with education because if I do, it will be easy to build my country, go back to my city and open new schools to help my country stand up again,” —Sabah, a seventeen-year-old Syrian student living in Turkey, five miles from the Syrian border. 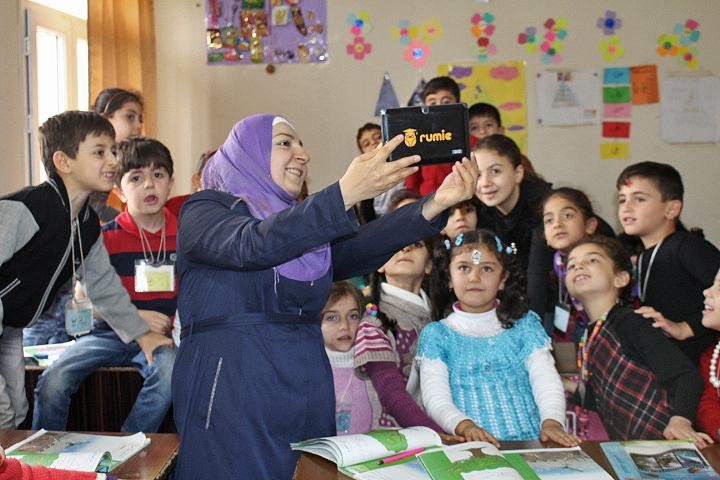 Here at Rumie, we decided to use technology to give people a way to help, so in 2015 we launched the #LearnSyria campaign where we brought people together online to work collaboratively to organize a high-quality, localized curriculum of free learning content for Syrian children. We then preloaded this curriculum onto low-cost Rumie tablets and integrated them into educational programs run by an NGO working on the ground on the border of Syria. This movement has grown to include people from around the world, ranging from teachers in the Arctic Circle and university students in the Netherlands, all coming together online to contribute their time and expertise to the cause. 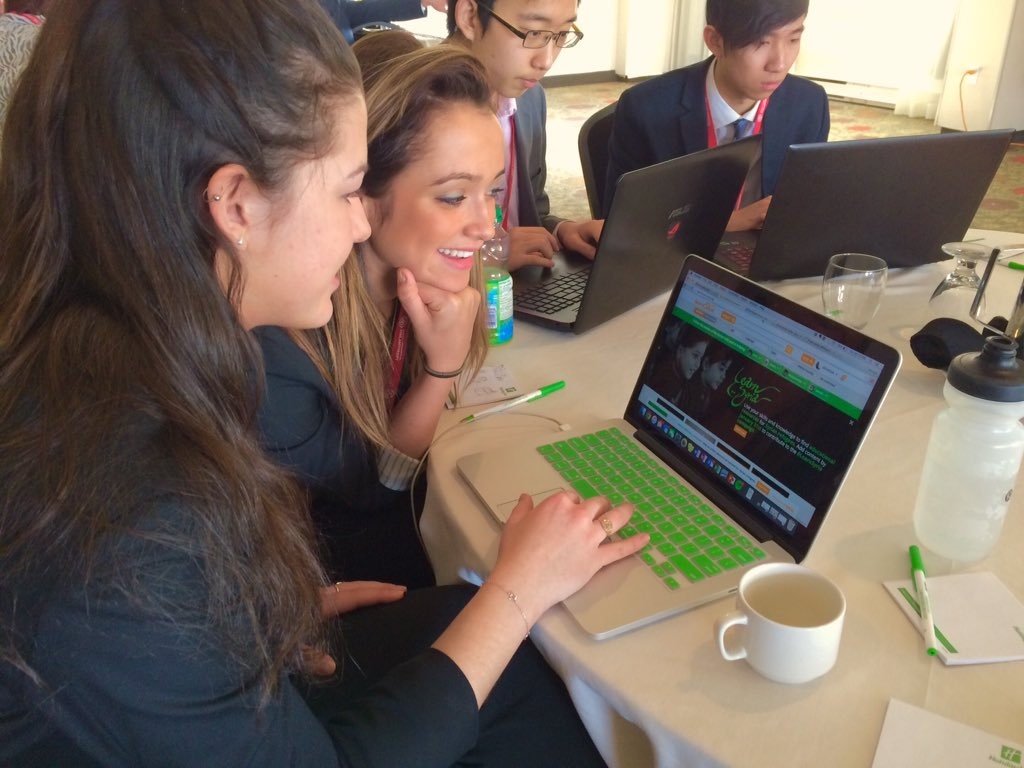 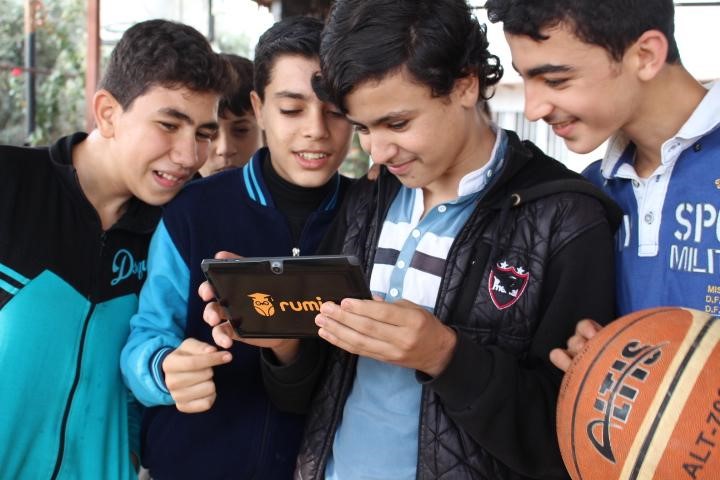 Rumie’s low-cost tablets which this library of content is preloaded, can each hold a full, localized curriculum for grades one through twelve. They work fully offline (everything is preloaded onto the device), measure learning impact, and contain resources that would traditionally cost over $5,000 to deliver in paper format. This makes each tablet a portable library for the cost of a book. We’ve heard from teachers on the ground that the tablets allow them to teach more students without having to hire more teachers or build more classrooms.

The early results from #LearnSyria exceeded our expectations. Not only have the tablets improved the overall learning experience in their schools and made it possible for more students to learn, they’ve also shown a positive impact on the mental health of the children who have received one. According to a psychiatrist working in one of the schools, the tablets helped students open up to their peers, and gave them a way to learn and practice on their own without being intimidated by their classmates or paralyzed by the fear of making a mistake. 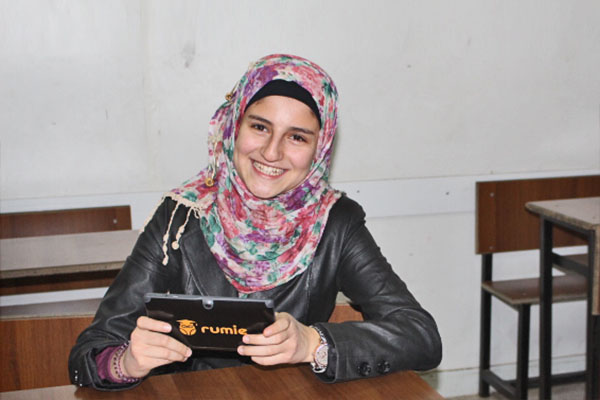 The tablets were not only great for the younger students (who love moving pictures and sounds), they were also great for older students as the majority of whom face pressure to work instead of go to school. Rumie Tablets let students learn at the hours that suit them and make up for the specific classes they’ve missed.

“For many young Syrian refugees, things aren’t so simple. Most have to work to help their families, so they either never go to school, or they go for a couple of weeks and then give up when they realize they can’t work and study at the same time. Seriously, Syrians are strong. They can work and study at the same time, but the problem is that work shifts and school periods always overlap. The Rumie Tablets help many students who face this dilemma. Students don’t have to choose between school and money because the tablets allow them to study at home, at the hours that suit them, before or after work. And they don’t feel abandoned because technically they are still students with a clear curriculum to follow.”—Ahmad, a 19-year-old Syrian living in Reyhanli, Turkey. 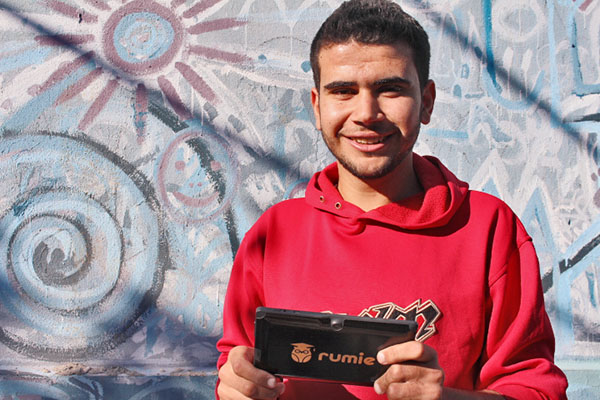 With your support, we can impact the lives of even more Syrian refugee students at a lower cost than ever before.

To learn more about Rumie, or to make a donation, please visit their Charity Profile Page >>