This post was provided by Fatima Ahmed from the Muslim Food Bank and Community Services Society as part of our refugee series, Leaving Home: A Series Exploring the International Refugee Crisis. The multi-part blog series features stories from those on the ground, as well as the response from charities and Canadians across the country. In this blog, we hear about how one charity on Canada’s west coast is helping newcomers adjust to a new life in Canada. 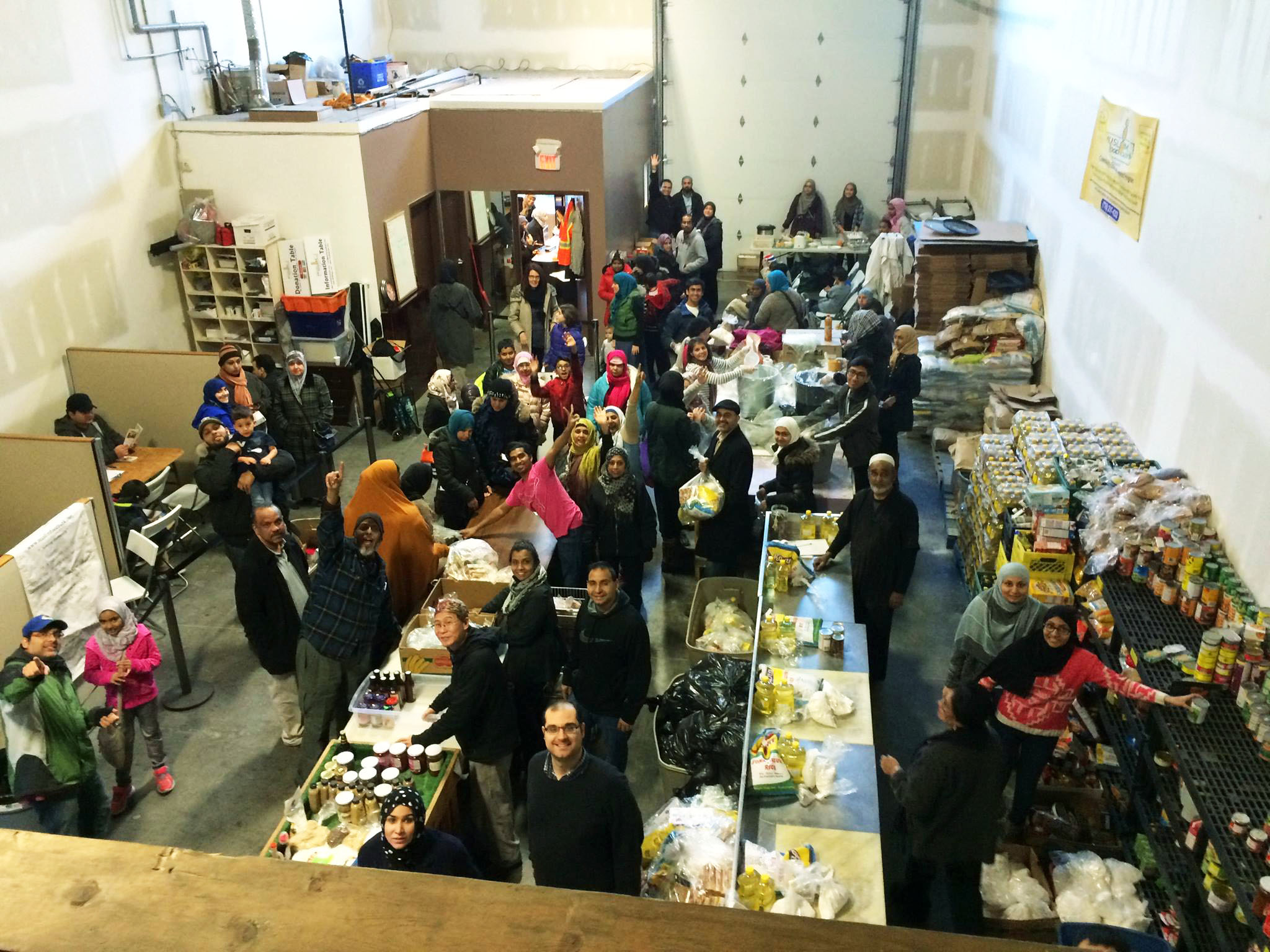 As Canadians, many of us can understand the immense difficulties of leaving a familiar home and moving to a new, foreign land to begin a different life. There are not as many people, however, who can imagine what such an upheaval would be like when coupled with the violent trauma of war and strife.

Every year, Canada admits refugees from all parts of the world, and for the past six years, the Muslim Food Bank and Community Services Society (MFBCS) has been supporting the specific sociocultural needs of Muslim refugees at multiple levels.  Along with providing food and clothing, our Refugee Support Program (RSP) was developed to focus on the unique challenges  refugees face during the settlement process. In collaboration with provincial and federal agencies, and drawing on the support of the Lower Mainland community and sponsors, the RSP has provided new arrivals to Canada with cultural orientation, conversational English classes, interpretation services, baby supplies, cell phone support and computers, school supplies, and even furniture.

Through our experience, we know that most newcomers are not able to sustain their daily living on the minimal subsidies received from the government; we have already seen a significant increase in the need for ongoing support, and we are expanding to meet these increasing demands. As a non-profit, volunteer organization, it has been a humbling experience to see how selflessly people of all backgrounds have come together to help reach those in need.

One of the guiding mandates of MFBCS is encouraging self-reliance in all our clients. We strongly believe in helping people become productive members of Canadian society and have developed the ASPIRE program specifically for that purpose. Under the guidance of our social workers, volunteer community caseworkers ensure that clients are connected to the right social, healthcare, or federal resources they need in order to thrive. By acting as liaisons between clients and available resources in Metro Vancouver, caseworkers establish a sense of community and also empower clients as they navigate their way to a brighter future. Some of the services we provide include:

In an effort to make settlement and integration as easy as possible, our Connect A Family program connects local host families to newly-arrived Syrian refugee families. Based on principles of social support and friendship, it seeks to ease transition and avoid feelings of isolation. The host families are screened and undergo criminal record checks before attending an orientation session to discuss what is expected of a host family, while also setting boundaries so that both parties are protected. We have already introduced and connected more than thirty families so far, and we hope to connect many more.

At the MFBCS, we are a community based charitable organization that provides food assistance and advocates self-reliance by providing case management, emotional support, youth development and capacity building. Our core values are: respect, collaboration, confidentiality, integrity and humility, and we aim to be a sustainable organization that promotes education, empathy and dignity through holistic interventions.

Beginning in 2010, our organization has since grown to include several programs which serve our clients who are primarily refugees and new Canadian immigrant families who require assistance to overcome often significant barriers to successful integration. Last year, we provided food hampers that are catered to specific dietary needs (vegan and religious dietary restrictions) to approximately 450 clients, mostly families, or about 1,500 people. This number continues to grow as refugees come from Syria, Iraq, Myanmar, Afghanistan, Yemen and other war-torn countries to settle down in the Lower Mainland and Fraser Valley. On a monthly basis, we also provide between 300 to 400 meals to homeless people in the downtown Eastside.

What We Do is Rewarding

With an ever-increasing demand for our services and limited resources, it is easy to feel daunted and overwhelmed. We recently had a case where a family of ten was having difficulties finding housing. Their situation became even more urgent when the basement apartment they were living in flooded and became infested with cockroaches. Their caseworker not only had to help find immediate housing for the family, they also had to apply for emergency funds to assist subsidize moving costs.

We also have helped one family with an autistic child who was being seen by a doctor and was undergoing an assessment process. Because they were unfamiliar with the Canadian healthcare system, the parents became distraught while waiting for some kind of feedback from their doctors. Feeling anxious, frustrated, and uncared for, they approached ASPIRE and were assigned a caseworker who empathized and provided psychoeducation. By explaining how the Canadian medical system is different, their caseworker calmed the parents and helped them cope during their wait. The caseworker also accompanied the family to the next medical appointment, and helped explain the doctor’s assessment to the parents. 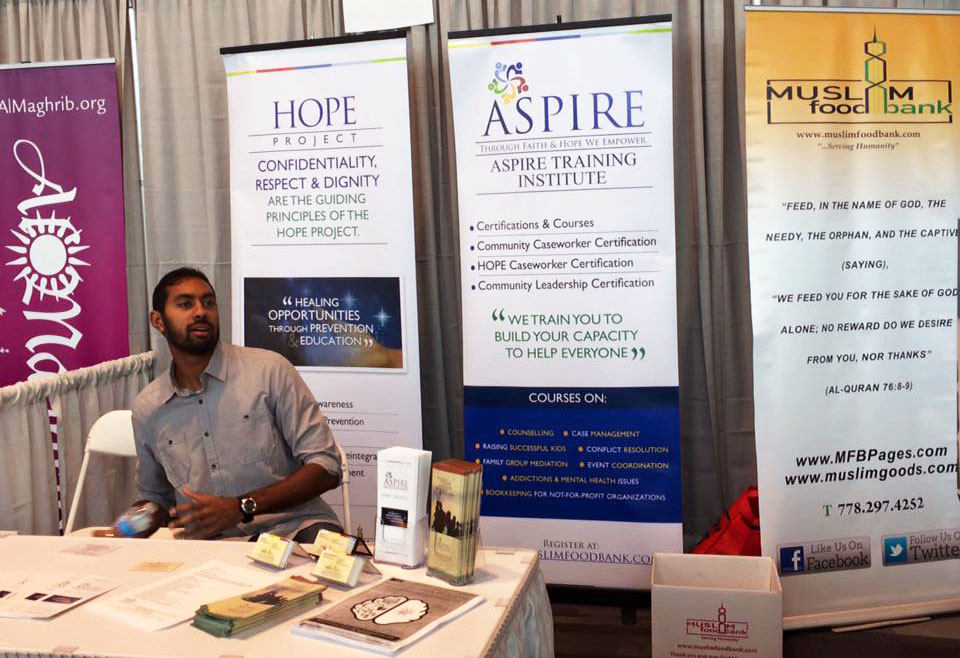 The gratitude shown by our families for caseworkers’ assistance and empathy during such difficult times is what keep us inspired and motivated to continue. Knowing that our efforts, however small, are making an impact on other lives not only serves as a lesson in humility, but also as a reminder that service is its own reward.

To learn more about Muslim Food Bank and Community Services Society, or to make a donation, please visit their charity profile page>>>