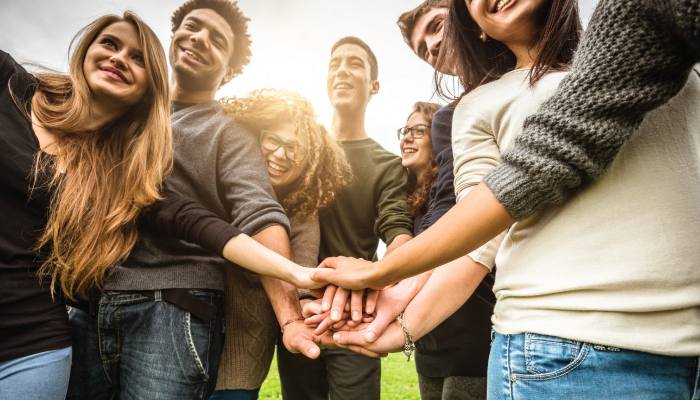 With so many great Canadian charitable organizations active across the country, there are so many reasons why Canadians are compelled to give. There is sometimes an emotional attachment to a cause, a compulsion to act because of a local or global issue, or the simple urge to act and make a positive change.

No matter the cause, each Canadian has a different story. Here are 7 Canadians who were inspired to give back through fundraising:

1. Inspired by a political issue

Ben Pobjoy, an avid newsreader, was inspired by the story of “Alex Abramovich, a researcher who worked hard and long to establish Sprott House, Canada’s first transitional housing program for LGBTQ2SA youth.” He wanted to be both a “greater ally” and move beyond what he considered “lazy armchair activism”. So, he set off on a mission – a 125 km non-stop walk from Toronto to the U.S. via the Rainbow Bridge.

His inspiration was what he considered “both a personal protest and an act of solidarity – to stand with, by walking for – members of the local LGBTQ2SA community.”

Incredibly, Ben raised over total of $27,100 for the YMCA of Greater Toronto, the charity that funds the Sprott House.

2. The chance to make a donation go even farther

When Sean Simpson was faced with a challenge, he was inspired to act. Taking part in the third annual Great Canadian Giving Challenge, Simpson chose to join the challenge and make giving part of his birthday!

“I was actually inspired to do my fundraiser by the opportunity to win $10,000 for my selected charity from the Great Canadian Giving Challenge,” said Simpson who raised $550 for the United Way of St. Catharines and District. “I decided to make it a birthday themed fundraiser due to the proximity to my birthday.  I get a lot of well wishes on my birthday every year, so I thought that maybe I could translate some of those well wishes into some funds for a great cause.”

In 2015 Kelly had a great year. She wrote a book and got physically fit with the support of two organizations she loves: Seneca College and the Oak Ridges Moraine Trail (ORMT). As a sign of her appreciation, she wanted to thank the two organizations which helped her have such a fantastic year, and to do so, she set a personal challenge. Matthews was going to walk the Oak Ridges Moraine Trail—a 300 km trail to raise funds for both registered charities.

She trained for six months while raising funds for two causes she loves and raised a grand total of $5,056 for the Oak Ridges Trail Association who cares for the ORMT, and $4,000 for Seneca College beating her total goal of $5,000!

When Corey Stevens got engaged to Zoe, both of their lives got really busy. With only months left until their big day, the couple chose to make giving back as part of their celebration of their love.

“We felt our wedding would be a nice opportunity to raise both money and awareness for a few important organizations in our community,” said Corey who has since raised a total of $300 on their CanadaHelps fundraising page for six charities they are raising funds for. “My fiancé and I work in healthcare in Fredericton, New Brunswick and as such, we are able to witness first-hand the critical work organizations like Chimo and Meals on Wheels provide for the community. As rescuers of a 2 year old labrador retriever mix, assisting the SPCA is also personal for us!”

5. Turning a celebration into a time for a giving

If you’ve ever met Lizz, you will get to know one thing about her: Lizz loves birthdays. Every year she goes big to celebrate herself, and when she turned 30 she wanted to involve giving back. To do so, she challenged 30 friends to donate $30.00 to one of the charities that she was passionate about.

“I’m in it for the fun, not for presents so I love getting to use it to make other people’s lives better,” said Lizz. “For my 30th, I chose charities supporting maternal health because I was about to have my own child and I knew how truly fortunate I was to be doing so with an adequate support system.”

6. Raising awareness and supporting a good cause

As an activist and humanitarian, Laura is all for supporting different causes, but recently, she pounded the pavement for mental health and took part in the RBC 5 KM race supporting mental health programming at Sunnybrook Hospital.

“Knowing that two million young people in Canada are struggling with mental health issues, yet only one in five will receive specialized treatment, helped me to realize the very real need within this cause,” said Laura. “I ran to help kill the stigma associated with mental health and those who are shamed for their struggles.” 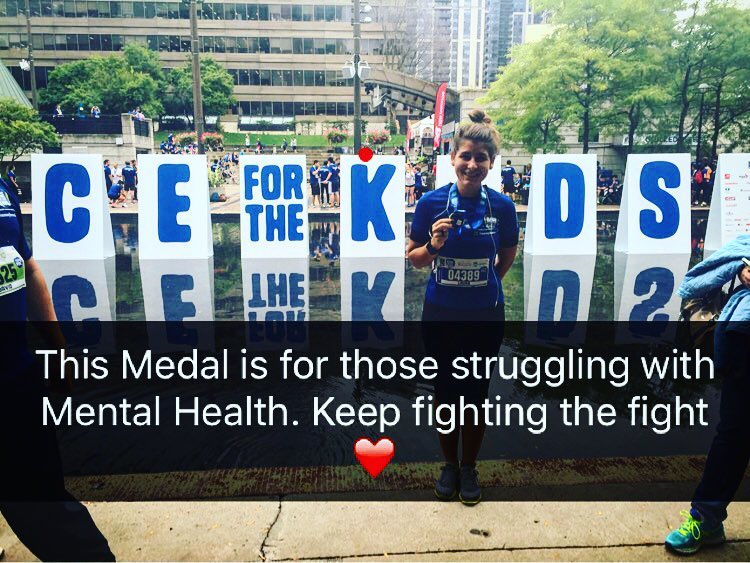 7. Connecting with a community dedicated to a great cause

On one bright and sunny Saturday morning, Rebecca was on a bike ride when she came across a group of 10 people cycling alongside her.

“I was curious and asked them if they were an organized cycling group,” said Rebecca who learned that the group was an organization called the Friends for Life Bike Rally, a group that raises money for the Toronto People with AIDS Foundation. “There are organizers, crew members, team leaders, volunteers, and the riders who embark on a 600km ride between Toronto and Montreal. I wanted to be a part of this community. Plus, who doesn’t love the chance to ride almost 100km in a single day dressed in drag or a costume!”

From that day forward, Rebecca was hooked and wanted to join.

“Next year, I went to a few information sessions,” she said. “I raised over $3,000 for Toronto People With AIDS Foundation, rode more than 2000 km including training before the Bike Rally and made some new amazing new friends.”

Inspired by these generous Canadians to kick-start your own fundraiser for a great cause? Read how you can make your fundraiser a success with our fundraising tips and tricks, and launch your personal fundraiser in minutes with CanadaHelps!