How do we raise our kids to be more charitable and giving adults? It’s a question Teri has considered while raising two young girls. As parents, she and her husband try to set a good example for their daughters. But as they’ve learned, sometimes children have the most to teach. This is Teri and Ella’s giving story. 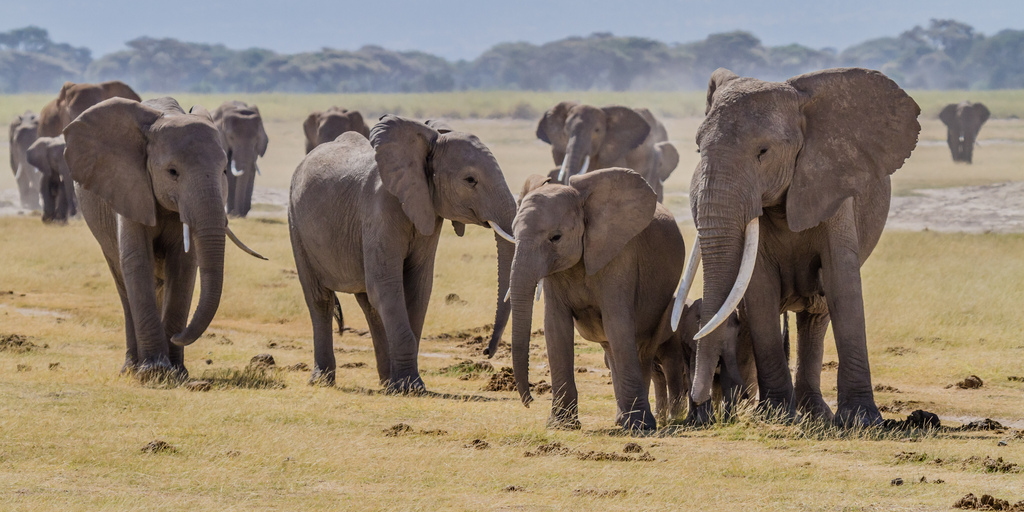 Planting the Seed
My kids are lucky enough to be surrounded by very generous friends and family; around holidays, they often end up with more than they need. So every year my kids and I gather our unopened or unwanted toys (leftover from birthdays), and bring them to our local fire station for ‘toys for tots’ at Christmas. One year, my then 2-year old daughter, Ella, asked who they were for and I explained we were giving them to charity. “Where does Charity live? And can I go and play with her?” was Ella’s response.

Now at the ripe age of 7, Ella has redefined what charity means to me and gives new meaning to the words kindness, compassion, and generosity. Before she could even say the word “elephant” (actually she called them “effants”), Ella found a great love and attachment to these majestic creatures. I’d even say they became the theme of her life. To this day she still cannot sleep without her stuffed elephant “Aaron”, a gift that came from the WWF no less. But that was just the beginning…. 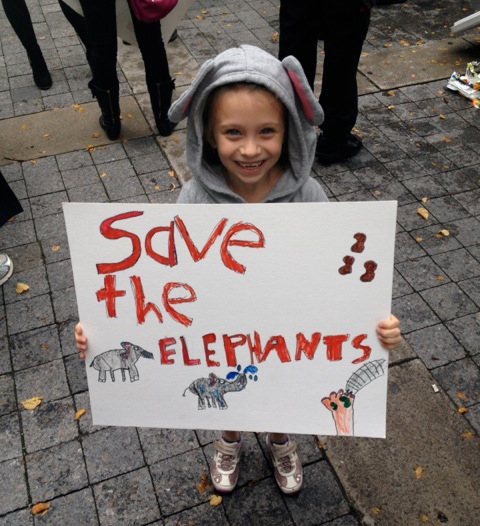 Save the elephants!
Last year, when Ella and I learned that one elephant is killed in Africa every 15 minutes to supply the growing demand of ivory, we were stunned. At this rate they will be completely wiped out by 2025! To say Ella was heartbroken would be the understatement of the century. We learned about the International March for Elephants, including one in Toronto, and Ella made it clear that her attendance was non-negotiable – even though it took place on a school day. My husband and I have never participated in a protest before, but we were grateful for the opportunity to support our child in something she is so passionate about. Together we walked for miles in the cold October wind and rain, but my little girl did not complain once. “What do we want? SAVE THE ELEPHANTS! When do we want it? NOW!” she chanted all afternoon! I think it’s safe to say, we had the youngest protester in the group.

Mommy, can I have an elephant for my birthday? 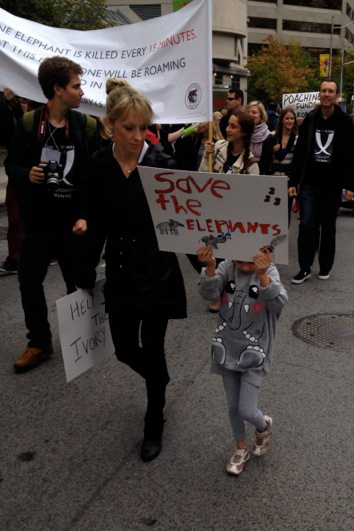 At the rally we heard countless tragic stories about elephants being slaughtered for their teeth & tusks, only to produce trinkets. We heard about the thousands of infant elephants who watched the brutal massacres of their entire herds, and were left to fend for themselves in the wild. This is why Ella decided in lieu of gifts for her 7th birthday, she wanted donations to foster an orphaned elephant at the David Sheldrik Wildlife Trust in Kenya, a haven for young elephants. Not surprisingly, our friends and family reached deep into their pockets, and their generosity allowed her to sponsor two baby elephants- Lima Lima, and Kamok- for 6 years each.

Change Makers
In a generation that can sometimes seem entitled and self-serving, how was I blessed with a child who lays awake at night worrying about how she can make the world better? Perhaps when she gave me a high-five as I ran past her in a 10k charity road race it triggered something. Or maybe it registered when her dad convinced the adults in our family that we no longer needed Christmas gifts and opted to take turns choosing a cause to donate to instead. Maybe it’s just her beautiful spirit– I really can’t be sure. But when Ella tells me that she wants to be just like me when she grows up, the truth is, I want to be more like her.

Looking for a charity supporting animals in your community? Browse the Charity Profile pages here>>>

Photo: “Elephants Amboseli” by blieusong is licensed under CC BY-SA 2.0

2 Responses to “Ella’s Elephants: How a Young Girl Inspired Her Family”