A few months ago, many people were shocked at new research from the World Health Organization (WHO) that found one in three females across the globe experience physical or sexual violence.

Not surprisingly, most of the commentary focused on the situation facing women in the Global South. According to the report, almost half of all women living in Africa experience violence. In the face of a catastrophic statistic like this, it’s tempting to brush aside the violence experienced by women in developed countries like Canada as ‘not that bad.’

Get ready for a few surprises.

The only major Canadian study to ever ask women about their lifetime experience of violence (conducted by Statistics Canada over twenty years ago) found 50% of all women had experienced at least one incident of physical or sexual violence since the age of 16.

Last year, Statistics Canada reported that every night about 6,000 women and children are forced to sleep in a shelter because it’s not safe for them to be at home. In just one year, 473,900 Canadian females over the age of 15 experienced a sexual assault. 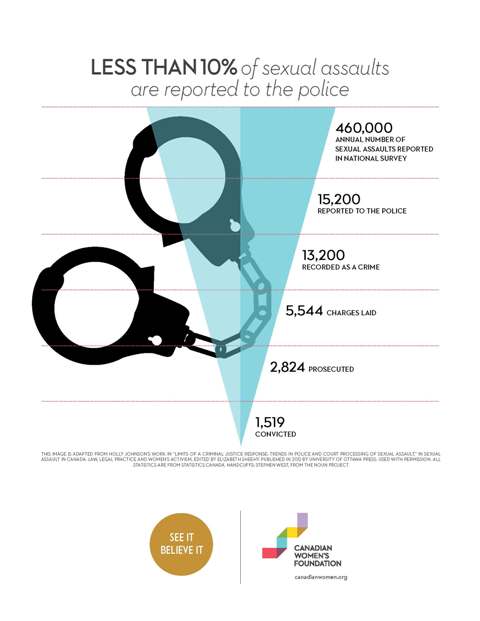 Recently, the Canadian Women’s Foundation conducted two separate studies to discover the extent of violence against women in Canada. The first study found that 67% of Canadians personally know a woman who has been sexually or physically assaulted. The second study, conducted by the University of Calgary, discovered that every hour of every day, a woman in Alberta is a victim of domestic violence from an ex-partner. (This doesn’t capture all spousal violence)

Collectively, domestic violence costs Canadians roughly $7.4 billion a year. According to a report from the Department of Justice, that’s the price we collectively spend on everything from police to children’s mental health, from emergency room visits to funerals. Since the full costs are so hard to calculate, the report calls this “a conservative estimate.” The highest price, of course, is paid by the victims in legal costs, lost wages, pain and suffering, and loss of life. The people close to them—their children, friends, families, and employers—suffer too.

Here’s another surprise: Experts estimate that thousands of women and girls in Canada are trafficked into forced prostitution. This is big business. These criminals can receive as much as $280,000 each year for each girl or woman they exploit. The average age most girls are first trafficked is thirteen.

Last year, we took action to stop trafficking by launching our National Task Force on Trafficking of Women and Girls in Canada. The Task Force includes police officers, academics, front-line workers, and women who have been trafficked.

Our Task Force has traveled across Canada and met with over 160 survivors and 260 organizations. Along the way, we have learned a lot about traffickers.

Traffickers are extremely organized and methodical. They excel at exploiting the vulnerable: girls who have been abused, women who struggle with addictions, poor women with few economic alternatives, and women who face severe discrimination. Their tools include deception, coercion, and violence. At first, they may present themselves as a boyfriend. Perhaps they promise a false job opportunity and a better life. Sometimes, they even abduct their chosen victim. Once they get a woman or girl under their control, they force them to exchange sex in return for food, shelter, drugs, protection.

Women and girls who are trafficked have no choice and no voice.

Here’s one final surprise. Despite the appalling reality of trafficking and the daily violence experienced by so many women and girls in Canada, I am actually optimistic.

There is tremendous momentum for positive change thanks to the thousands of women and girls who are finding the courage to share their stories and work together for change. We have thousands of supporters who find the status quo completely unacceptable and want to stop the violence.

When you help a woman escape violence, it creates a ‘ripple effect.’ Not only does she and her children immediately become safer, but her children also become less likely to experience or perpetrate violence when they grow up, and so will their own children.

That’s why we say: If you want to change the world, helping women and girls is the most intelligent investment you can make.

Because when we do, we all win. 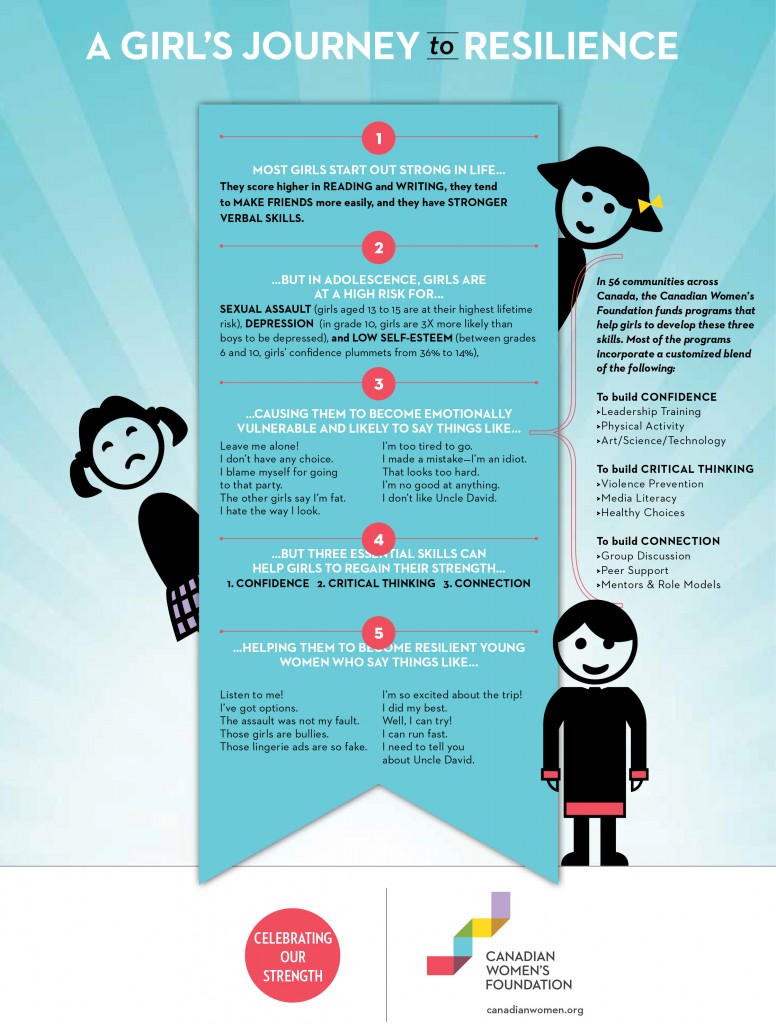 We invest in the power of women and the dreams of girls: CWF raises money to research, fund and share the best approaches to ending violence against women, moving low-income women out of poverty and building strong, resilient girls. Learn more on their charity profile page.>>

Mina Mawani, the President and CEO of the Canadian Women’s Foundation, is an empathetic and accomplished leader who is deeply committed to and passionate about women’s equality issues. Mina was most recently the Chief Development Officer at CivicAction where she was a member of the Executive Committee responsible for overall strategy and operations. Mina is best known for successfully leading transformation as CEO of the Aga Khan Council for Canada, where she realigned program planning and funding models to build organizational capacity and contributed to planning for a new Ismaili Centre and Museum in Toronto. Mina has also held key roles at the Ministry of Health and Long-Term Care, KPMG, and PricewaterhouseCoopers. A strong believer in giving back to community, Mina serves on several boards including Women's College Hospital (current Chair of the Governance and Nominating Committee) and the Advisory Board for the UN Women National Committee. She brings with her more than 15 years of experience and an impressive track record of visionary leadership in non-profit, hospital and government organizations. Mina is an exemplary leader to guide the next exciting chapter of our work to improve the lives of women and girls in Canada.