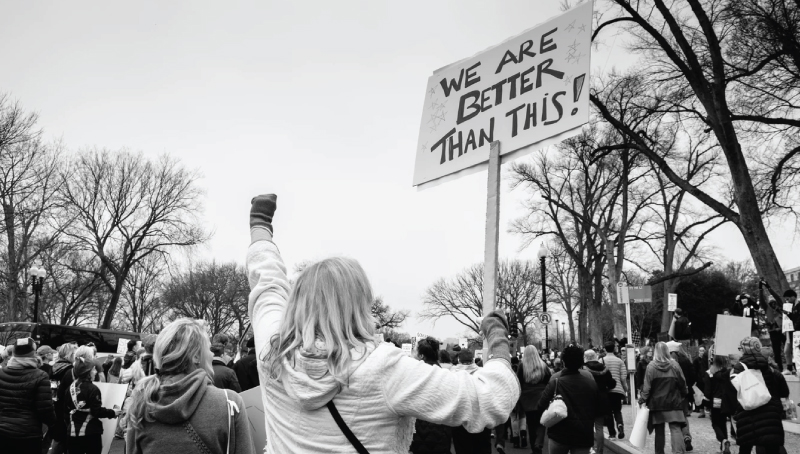 Statistics on women in the workforce have changed greatly in the last 50 years, but the gender pay gap remains (and is even larger for women of colour).  Women continue to hold fewer leadership roles than men, though if we look around the world, there are signs of improvement. In Canada, only 27% of our MPs are women; however, Rwanda had 63% female members of Parliament in 2016, and Bolivia came in second with 53% female MPs. Iceland had the fourth highest representation with 47% (though that number dropped to 38% in 2017), and recently passed an equal pay act with real teeth.

Women continue to lead important social movements with strength. From #MeToo to women’s marches, the world is waking up to the fact that we’ve been ignoring the reality that women around the world face for far too long. Young women are angry and unwilling to accept the treatment previous generations endured. I’m inspired to see the attention these movements are getting, and the way that they have given voices to so many previously silenced women. As the movements grow, it will be imperative to ensure we are amplifying voices from a broad spectrum of backgrounds and abilities, locations, and life circumstances.

The theme of this year’s International Women’s Day is #PressforProgress, and all around me I see Canadian charities that are fighting for women’s rights in Canada and around the world. They are staffed by activists and front-line workers who are committed to doing the hard work of fighting for a just society. These are just a few of the amazing charities in Canada that are making a difference for women.

It’s easy to feel overwhelmed by statistics, but the surest way to overcome feelings of powerlessness is to take action. Everywhere I look, there are small charities making lives better and this is certainly true of charities supporting women. I hope you’ll use this International Women’s Day as an opportunity to reflect on the actions you’re taking in your own life to #PressForProgress, and consider getting involved in a local charity that is fighting to make our world a better place.