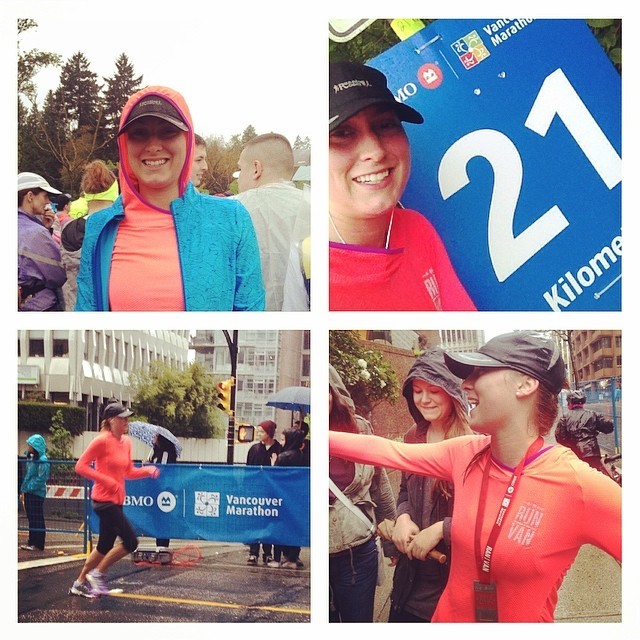 After accomplishing what she thought was the impossible, Natalie Johnson continues to place one foot in front of the other to run towards her new goal of helping others. This is Natalie’s giving story.

Running is a new and huge passion of mine. I have always been active playing sports, but never did I picture myself as a runner until a few years ago when I choose to give it a try. Three years later, I can’t imagine if I hadn’t started.

In 2003 I was diagnosed with Type 1 diabetes. Beginning high school around the same time as my diagnosis was a huge shock and a blow to my desire to fit in and stay active in sports just as I always had. It was life changing.

Due to symptoms caused by diabetes, I was very ill for about four months, but nothing was worse or harder to deal with than the changes I experienced in my eye sight. For four months I was unable to read or see anything clearly, and on top of wearing glasses, I had to use a magnify glass to read. Because of these challenges, school work was a chore and I was also not able to participate in all my favorite sports. Adjusting to my new lifestyle was very difficult, and I use to cry days on end wishing that this hadn’t happened to me.

Being a teenager at the time, I was rebellious and did not take very good care of my diabetes. I partied often and was irresponsible with monitoring my blood sugar levels. Having to give myself needles at school was also embarrassing so I would often skip shots or meals to avoid having to deal with my situation. My family and friends became very concerned and it was not until a couple years later that I really figured it all out when I became more comfortable with the disease and started to take care of myself.

Once my eye sight was back to normal and I was able to participate in sports again, I came back to life. I remembered my passions and why I needed to try harder to live a healthier lifestyle. I had never set any major goals in my life, so choosing to focus on my health and fitness was a major undertaking and I decided to set my sights on running a half marathon. This was a chance to prove to myself that I can complete a major goal and not let my diabetes control my life, but rather allow me to have control over it.

My Place at the Start Line

When I started running for the first time in 2013, my goal on the first day was to run for about five minutes on the treadmill. I met Lishan, my trainer, and after a few training sessions he convinced me to start training with him for the Scotiabank half marathon.

At first I thought it was a joke when he asked me to join him, and I laughed at the idea as I thought there was no way I could do that. After years of poor diabetes management, and having doctors and members of my family telling me it would be too difficult, I had pretty much written the idea off. As a diabetic, it can be really difficult to manage blood sugar levels and any sort of changes to diet or lifestyle can be really hard to manage both mentally and physically. I knew it was going to be struggle but it was also going to be a great accomplishment, and five months later, I ran the 2013 Scotiabank half marathon. Along the way, I relied on my trainer and close friends and family to coach and motivate me to keep pushing towards this dream. Even when times were really rough when it came to managing my blood sugar, I was able to stay determined, complete what I started, and experience the most amazing feeling while crossing the finish line. Needless to say that after this, it wasn’t too hard for me to be convinced to run a full marathon. I was now confident that I was able to manage my diabetes and nothing could stop me. I ran the BMO Full Marathon in 2014, and to date that was the most amazing accomplishment I have done yet. 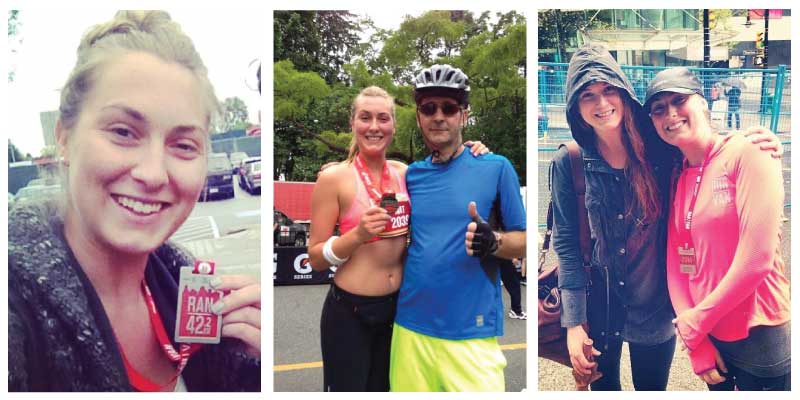 Running for a Cause

My goal now is to continue running. Since I have started running it has become a huge passion of mine, and along the way, I want to motivate others who may be suffering from any sort of physical or mental illness. Raising money for your cause of choice not only gives you a great feeling, it also helps spread awareness for the cause you choose to support.

Last year, when I ran the BMO Vancouver Marathon, I raised money for Team Diabetes and I was able to raise more than my $500.00 goal.  Because I feel very passionately about raising money for people with mental or physical illnesses, my next challenge is to run for the BMO Vancouver half marathon while raising funds for the British Columbia Schizophrenia Society, an organization mandated to improve the quality of life for the 40,000 people affected by schizophrenia and psychosis in British Columbia through education, support, public policy and research. I will also be running the Scotiabank half marathon in June.

I think it is important to motivate others to keep pushing to achieve their dreams no matter how impossible they may seem, and I hope to keep running to achieve new goals while helping others.